Eye Is An iPhone Case That Runs Android

Most iPhone owners are perfectly happy with their world within iOS and have no inclination or need to step outside of it, but sometimes, there is a need to dip a toe into Android whether that be out of curiosity or necessity. Getting Android to run on an iPhone is far from the easiest thing in the world, with its difficulty far exceeding the standard jailbreak methods some are familiar with. The only real solution is to get an Android phone as well, but what if that Android phone was attached to an iPhone?

That is exactly what a new Kickstarter proposes. 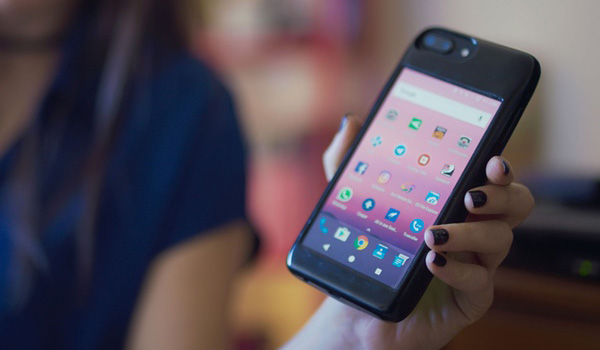 Dubbed the Eye, the theory of the project is to allow iPhone owners to connect their phones to a case of sorts, and it just so happens that on the back of that case is a screen. The screen is the face of what is for all intents and purposes a separate Android-powered smartphone, with the two devices sharing the iPhone’s speakers, cameras and microphone but everything else is bespoke.

That means a pair of SIM card slots, a space for a microSD card and a 5-inch AMOLED display. The Eye has its own NFC chip and battery, too. Think of this as an Android phone slapped on the back of an iPhone and you will not be far wrong.

At $189 for the base model and $229 for the variant with 4G, we cannot expect this thing to be a high-powered Android device by any stretch of the imagination, and while the folks behind the Eye have not yet given out details as to what will be beating at the heart of the device, our money is on something underpowered.

In fact, we are still not 100% sure what the target audience for this is, so for now, we might as well reserve judgement on the Eye. We hope our scepticism turns out to be unfounded.