It was only a few weeks ago that we brought you the reinvention of the YouTube application for iPhone, as imagined by developer Jonas Gessner. ProTube for iPhone is available for purchase through the Cydia store and brings a number of features and additions which many feel should have been native in Apple’s stock implementation of YouTube.

ProTube has proved to be a successful addition to jailbroken devices, and following on from that success, Gessner has released the HD version of said app which brings the powerful feature set to the mighty iPad. If you aren’t familiar with ProTube, then you can think of it as a complete reinvention of the YouTube application which combines a professional looking user interface with a powerful feature set.

Considering this software which is available via Cydia, users could be forgiven for thinking it might be a small tweak which adds something to the existing application, however, this couldn’t be further from the truth as ProTube HD is a full, self sufficient application. Upon launch of the application; ProTube presents the standard mobile version of the YouTube website, with an underlying powerful set of features.

By taking advantage of the mobile version of the YouTube, and coupling this together with the iPad screen real estate and the recognized user interface controls, ProTube HD represents what many believe is a superior alternative to the native experience. The application benefits from the following features: 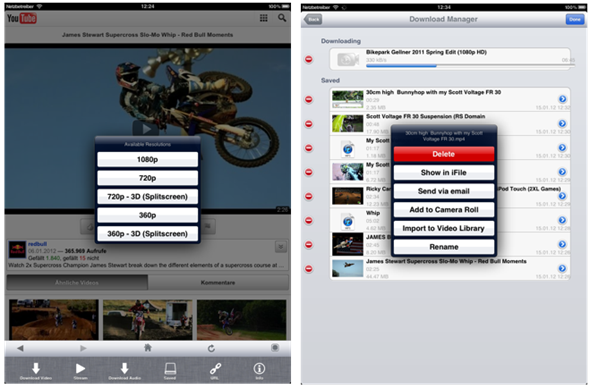 The features that Jonas Gessner has included in ProTube HD have clearly been extensively thought through to cater for all users and they perfectly compliment the YouTube viewing experience. If that wasn’t enough, then the intuitive user interface definitely makes ProTube HD a steal at $1.49.

ProTube HD is available now through the Big Boss repository for $1.49 and is compatible with iOS 4 and above.