I can remember getting the original iPhone in 2007, powering it up for the first time and being blown away by the native YouTube application which came bundled into the iPhone OS, as it was known at the time. I had never been a big user of the video sharing service, but the convenience provided by having it on a device which I carried around with me all the time made me start using it a lot more. 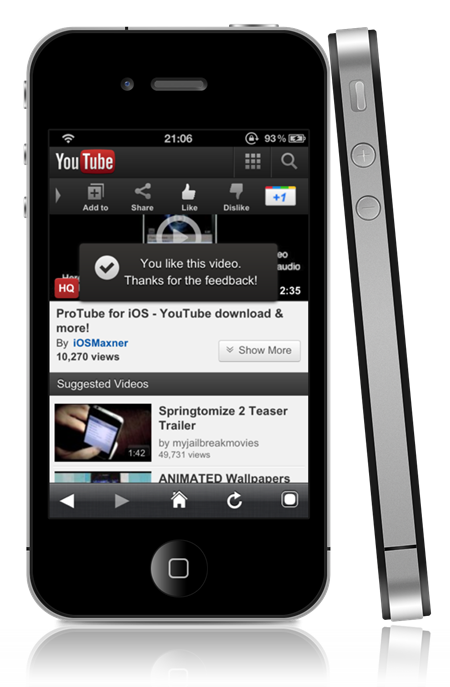 Four years down the line and the application is still bundled natively as part of iOS. However, not a great deal has changed with the app and the inadequacies which existed originally, are still present today. iOS developer Jonas Gessner has taken what he imagines to be a proper implementation of the YouTube service and released the application via the Cydia store for jailbroken devices.

Gessner believes that ProTube is the application that the native YouTube experience should have been, bundling together all of the already offered features with a number of additional implementations which give added depth to the user experience. ProTube offers the standard browsing and commenting options as well as the ability to watch videos in either standard or high definition. The app also offers the ability to manage your user account if you are a registered user along with being able to store an unlimited number of videos on device for offline viewing.

One of the more advanced features is the ability to choose to save only the audio of the selected video into an MP3 format which is especially beneficial for music lovers. These saved files are displayed in an easily manageable format with the options to use standard gestures to delete, and rename if you desire. The user also has the option to add the video to camera roll or email through the native mail application if desired. 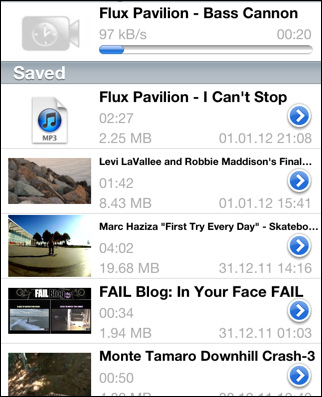 The developer even has you covered if you are a particular hater of adverts popping up in videos, as ProTube has a built in ad blockers to eradicate these. The inclusion of AirPlay is something users have to come to expect from an application capable of video playback, and ProTube does not disappoint in this area either, having the ability to stream videos directly to your TV.

ProTube is available from the Big Boss repository for $1.49 and is compatible with iOS 4 and above.