The release of Absinthe by the Chronic Dev Team, which contains the hard work of the jailbreak ‘Dream Team’, has introduced a multitude of new users to the world of Cydia. A number of these newly jailbroken devices are seasoned Cydia users, however, a decent portion are likely to be first timers who have recently purchased an iPhone 4S or iPad 2 for the first time. If you have used Absinthe on your iPad 2 and wonder what the world of jailbreaking can offer you, we have compiled a list of useful, essential and fun tweaks which are iPad 2 and iOS 5 compatible. 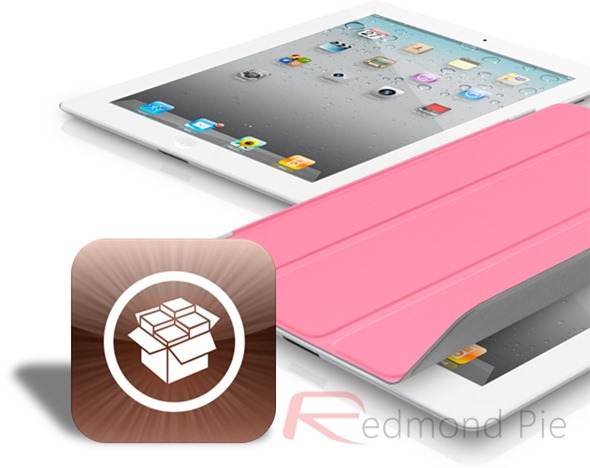 Developed by Carsten Heinelt, iFile is a file manager and viewer running under the user root. Jailbreaking an iPad opens up possibilities which didn’t previously exist, one of which is gaining full access to the device’s file structure. iFile harnesses that new found liberation and allows fast navigation through the file system with inbuilt support for various file types, such as PDF, ZIP and most movie and image files. For more advanced users, iFile also features a built-in web server which allows files to be uploaded and downloaded at will. iFile is a commercial package which offers an initial free trial with a purchase required to unlock all features at the end of the trial.

One of many useful tweaks developed by Ryan Petrich, RetinaPad enables Retina display functionality for users who choose to run applications which were predominantly designed for use of the iPhone or iPod touch. Native iPad behavior allows an iPhone application to be run with the option of running at a normal iPhone screen size, or at two times the resolution which causes distortion of the graphics and text. RetinaPad alleviates that problem by rendering applications in a different fashion giving it a sharp look as if it was designed for iPad. RetinaPad is a commercial application, available on the BigBoss repository for $2.99.

Some people are impatient and want things to be completed in as few steps as possible. When unlocking your iPad, you are given the ‘Slide to Unlock’ option, which requires a slide gesture to get access to the SpringBoard. NoLockScreen removes that additional step, so when you unlock the device you are directly taken to your main homescreen. Be aware that NoLockScreen respects any security privileges you may have set up so this only works if you do not have a passcode set up. NoLockScreen is available free of charge via the BigBoss repository.

Music Controls Pro is a very functional, and in depth package which provides powerful control over your music collection by seamlessly integrating into your device to control your music however you choose. The list of features is extensive, containing swipe controls, third-party tack information, video application backgrounding, Notification Center plugins and status bar integration. Music Controls Pro also has support for 46 different popular music applications. The tweak is a commercial application, available on the BigBoss repository for $5.99.

SplitMail is another tweak developed by Ryan Petrich which hooks directly into the iPad’s native Mail application. When launching the Mail application, you will notice that switching between landscape and portrait orientations gives two different usability options. Portrait has a left hand side bar which can be shown or hidden by swiping. Landscape has a split mail type setup which offers a more powerful browsing experience. SplitMail for iPad alters the default behavior of the portrait orientation, making it the same as the landscape setup. SplitMail for iPad is a free of charge application available via the BigBoss repository.

For owners of a Wi-Fi only iPad 2, MyWi on Demand can be a lifesaving enhancement. MyWi provides an iDevice to iDevice hotspot connection, allowing the internet connection to be shared from one device to another one demand. MyWi on Demand connects when you need it and disconnects when you don’t, while at the same time using no more battery power than a low power Bluetooth connection. The connection between devices will always be available, alleviating the need to toggle back and forth into settings and activating the hotspot, entering passwords and so forth. When the iPad screen is locked, the connection will disconnect, when unlocked, the connection reconnects. MyWi on Demand is a commercial package which offers a three day trial and requires the purchase of MyWi 4.0 at a cost of $19.99.

The Safari browser provides a very functional browsing experience of the iPad 2, but has certain limitations which can hold it back. FullScreen for Safari alleviates those issues and offers not only full screen ability, but also the implementation of swipes, gestures and shaking methods to perform user defined tasks such as switch between working tabs, go back, go forward and close the current tab. After installation, you can configure your preferences via the Settings application. FullScreen for Safari is a commercial package, available on the BigBoss repository for $2.19.

SBSettings exists purely to provide convenience to your daily use of the iPad. A number of frequently used options and settings are often hidden away in two or three layers of the settings application, making tasks such as turning on Bluetooth, or activating Wi-Fi a very repetitive and mundane task. SBSettings provides one ‘swipe’ access to these settings via a modal drop in animation from the top of the screen. Containing a number of highly used settings, users can swipe and simply toggle settings on or off as opposed to navigating through multiple settings layers. SBSettings is available free of charge via the BigBoss Repository.

Once again, Ryan Petrich pops up with one of the most used tweaks on any iDevice. Fully compatible with iOS 5, Activator provides centralized gestures, button and shortcut managements for iOS. As you start to install additional utilities you will realize that a huge variety of tweaks use the Activator shortcuts to allow users to assign certain gestures or button presses to activate whatever action they require. As an example of this is the SBSettings tweak which uses a ‘Swipe Left’ across the status bar to bring up the settings sheet (although this gesture can be changed by you should you require). Activator is available free of charge via the BigBoss repository and is a dependency for a large number of tweaks and therefore will be installed alongside them if you do not already have it on your iPad.

ProTube HD is essentially a fully functional application in its own right, which re-imagines the YouTube experience by building in additional functions. Allowing users to browse, play, favorite and comment on videos as well as maintain and operating a registered account are just a few of the abilities. However, ProTube HD also allows users to download videos in high definition, stream to an AirPlay enabled device and also extract only the audio of the video and add to iPod playing list. ProTube HD is available via the Big Boss repository for $1.49.

The release of iOS 4 brought users the ability to stack icons together into a folder, keeping all applications of the same genre together, or just bringing some order to the madness instead of having pages and pages of apps. The folders experience was a much need addition, but was limited due to the fact you could only put a small amount of apps into each folder. FolderEnhancer resolves that problem allow users to create multiple pages of icons with a folder, have folders inside of folders, assign folders to the dock and opens folders a lot faster than the native experience. FolderEnhancer is a commercial package available via the Big Boss repository.

FullForce offers similar functionality to RetinaPad but goes about its job in an entirely different way. Instead of scaling iPhone applications and rendering them to be sharper and clearer on the iPad screen, FullForce brutally forces the applications full screen. For some applications it works perfectly, but for others you get a distorted application experience. If you prefer a free alternative to RetinaPad it could be worth giving FullForce a try first.

TwitkaFly is a one stop solution for all you regular Twitter users. The tweak allows quick tweeting using Activator, offers a quick reply functionality, the option to retweet tweets, blacklist users and much more. It even allows customization over animations and transitions. TwitkaFly is a commercial package, available for $1.99 on the Big Boss repository.

Created by the developer of Cydia himself, WinterBoard allows users to perform certain graphical changes to the iPad. By offering hooks, WinterBoard lets artist and theme makers produce art work which can alter pretty much any aspect of the iOS UI. WinterBoard is primarily used for the activation of themes, sound modifications and anything relating to artwork enhancements. The tweak is available free of charge via Cydia.