Folders for iOS were introduced back in 2010 with iOS 4 but, for people who like to install dozens of apps, the feature is quite limited in functionality: You are only allowed to place 12 apps inside each folder and you can’t place a folder within a folder. To get enhanced folders, you have no choice but to jailbreak your iOS device and install folder-enhancing tweaks. 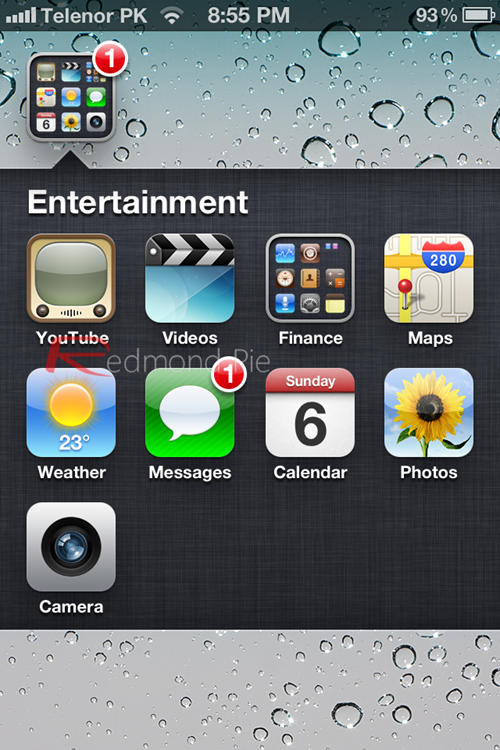 Still, if you decide to keep your device unjailbroken, there is a little hope: a flaw in iOS 5 allows you to put folders inside other folders. Check it out after the jump!

The method comes from AppAdvice in the form of a post in which they discuss the flaw and how to exploit to put a folder within a folder.

It is based on the same flaw in iOS 5 which was used to place the annoying Newsstand app icon – which is essentially a folder itself – inside a folder.

It’s simple: drag an app icon – any app icon – on another app icon to create folder A, grab folder B which you want to place inside folder A and place it right beside folder A before dragging folder B on top of it to create a folder within the folder.

That doesn’t sound very simple to follow, does it? Well, the video embedded below should clear things up:

There must be some sort of catch to this, you must be thinking. Why would you be able to create subfolders when it’s not included in the OS by default? Well, you’re right: there is a catch… a very big catch: every time to try to open a subfolder, your iOS 5 device will crash and reboot.

What’s the point, then? Although I already have a jailbroken iOS device – and I use FolderEnhancer for, well, enhancing folders – this is quite useful if you want to hide those un-uninstallable stock apps inside a subfolder which you will never use. That’s just about the only conceivable use for this.