Get The Most From Your iPhone, iPad, iPod touch Battery Life With BatterySense

With the various reports of Apple’s latest smartphone sapping battery life faster than a vacuum, the company’s engineers are said to be scrambling for a fix. 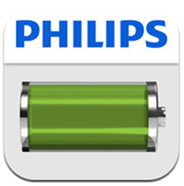 As was the case last year with the iPhone 4 ‘antennagate‘ fiasco, the early adopters have once again been bitten by the iPhone 4S’s imperfections, and one can only hope that it is indeed an amendable software miscalculation rather than a hardware issue.

While Tim Cook and friends continue their investigations, Philips has brought forth a useful app which will help you get as much out of your battery as possible on any iDevice

Unfortunately, it’s not a fix. Your device will only harness the same amount of juice as it has always done. Having said that, it’s extremely helpful in that it provides an in-depth, accurate report on how long your device will survive before it requires electronic resuscitation, and covers how you intend to use that power.

Upon opening the app, it gives you your battery life as a percentage, as well as tabs displaying how much battery time remains for certain tasks such as calling, listening to tunes, watching video, gaming and of course standby time.

Obviously this isn’t the first app of its kind, but it is the most accurate, and its ‘What if’ feature sets it further apart from other similar applications. ‘What if’ estimates how your battery performance can be tweaked by altering certain settings. Or, it allows you to set a goal of how long (within reason) you require your battery to last, and in turn, it notifies you of what can be tweaked in order to achieve said endurance. 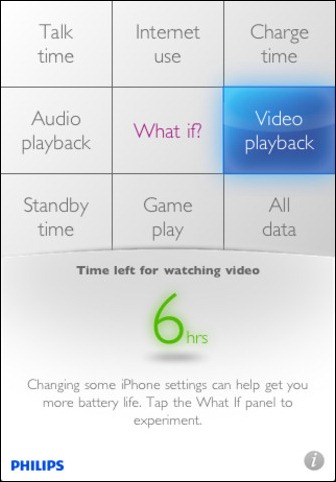 We’ve all been out and about in the past, seen that dreaded 10% remaining warning, and had to blindly close apps and turn off certain services in order to try and prolong the life of our iDevices. This app changes that, and even though iPhone 4S users will have to sit tight a short while for battery improvements, this app will tide those users over until then.

The app, named BatterySense, is free and compatible with iPhone, iPad and iPod touch devices running as far back as 3.2, so if you frequently find yourself bereft of battery life, then you should definitely grab this from the App Store