If you’re a real Facebook fan, what would be the best way to show it while also getting a good night’s sleep? Well you’d need a Facebook bed for that of course! 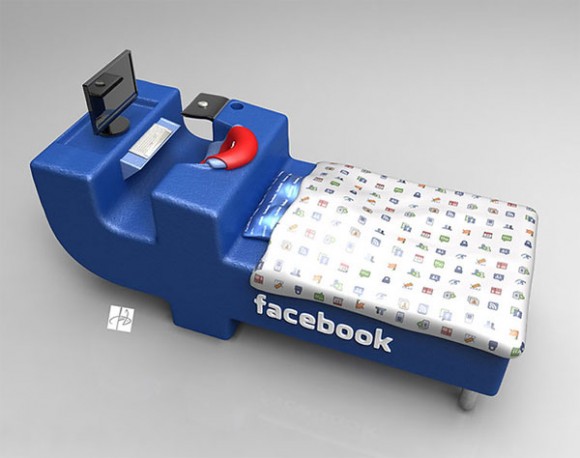 This concept is so choc-full of win, we’re not sure where to start, but the biggest pull for us is the fact the whole bed is shaped like a lower-case ‘F’ which is, of course, one of the social network’s logos. If that wasn’t enough to make you desire such a bed, then how about its party trick?

Situated above the headrest is a computer chair and desk, giving eager Facebook updaters a handy location to keep their friends updated during the wee hours should the need arise. And it will, of course, especially if you are as big a Facebook nerd as you think you are!

Potential downsides with the bed in its current form? Well, from what we can tell looking at the images provided, you’ll need to either be a small child or like sleeping doubled-up, because that space taken up by your computer makes the rest of the bed seem unusually short. If you’re vertically challenged though, that obviously won’t be a problem. 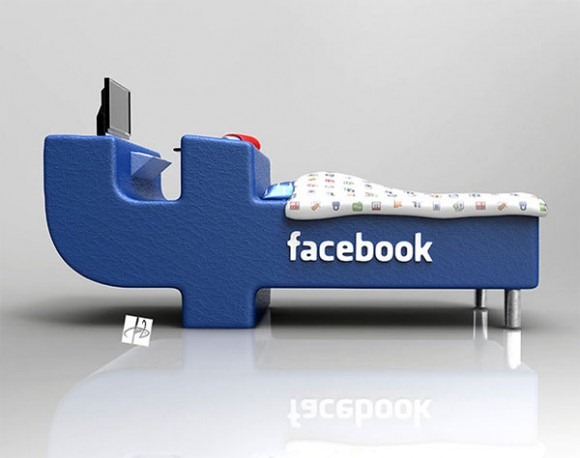 The whole thing does look somewhat like it is ready to tip over at a moment’s notice, too. Maybe some weights at the foot of the bed would fix that, though that will only make the sleeping arrangements even more cramped! 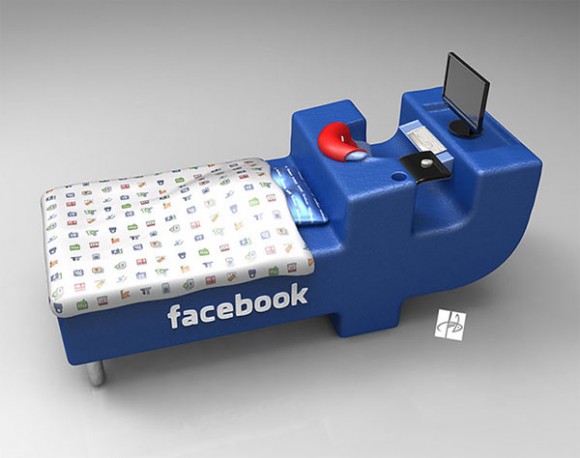 We’re not sure Mark Zuckerberg will be rushing out to get one of these things made any time soon, but that’s only because he’s not cool enough to own one. You, on the other hand, owe it to yourself to at least try to get one of these Facebook beds build.

Just don’t expect to get much poking done of an evening, unless you’re the kind that likes to do it online!