Elgato has today released the Eve Light Switch, which makes it the first company to get a hub-free HomeKit-enabled light switch out to market.

The light switch, which requires a neutral wire, is designed to replace a single pole switch and is not built to be part of a configuration in which lights are controlled by more than one switch, features a white capacitive switch that allows users to manually control their lights just like the good old days. 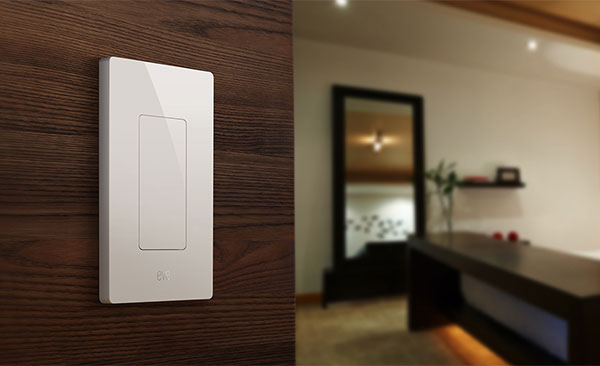 Where things get interesting, though, is when the Elgato Eve Light Switch is connected to an iPhone via Bluetooth LE and Apple’s HomeKit infrastructure. Once that is done, the Eve can become part of HomeKit’s Scenes, making the switch just part of a wider home automation setup that can be set just so at the tap of a button.

HomeKit integration means that not only can you use it using Siri voice control from your iPhone and other devices, but also through the newly available Home app in iOS 10. Elgato’s own app can also be used to control the switch.

Eve Light Switch features Bluetooth low energy technology, thus ensuring easy setup, reliable operation, and power efficiency – without disturbing your already crowded Wi-Fi network or other wireless devices. Eve Light Switch makes your home smarter, not more complicated. Use Siri on your iPhone, iPad, or iPod touch to control Eve Light Switch with just your voice. Have more than one room equipped with Eve Light Switch? Group them in the Eve app and say one sentence to control all your lights, without lifting a finger or roaming your home.

Want remote control of the switch? No problem. If you either have an Apple TV or iPad at home, you can use it as Hub for HomeKit to enable remote controlling of devices from anywhere in the world.

The Elgato Eve Light Switch will cost buyers $49.95, and best of all it’s ready to be bought today. Owners of iPhones will need to ensure their devices are fully updated to the latest version of iOS in order to take full advantage of HomeKit and the like. 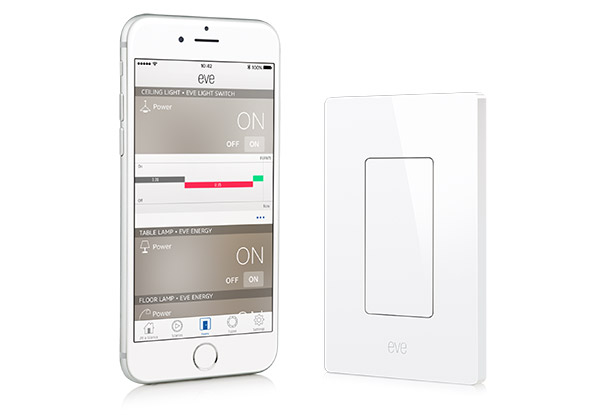 Home automation hardware has been waiting in the wings for something like HomeKit to take control of our homes, and with the likes of Elgato now getting into the market with its own hardware for light switches, HomeKit finally has something with which to automate home lighting.