Electronic Arts has been there at the launch of countless game consoles throughout its prolific years, and it is going to be no different even this time around.

The unimaginatively named FIFA 14 will obviously be available on all other platforms too, but it is the next generation Xbox version that will be the first to be announced, no doubt alongside all kinds of games from all types of genre. FIFA, for its part, is usually right near the top of the Xbox LIVE usage charts, so it is perhaps fitting that Electronic Arts will be there to tell gamers what they can look forward to when they get their hands on the latest and greatest later this year. 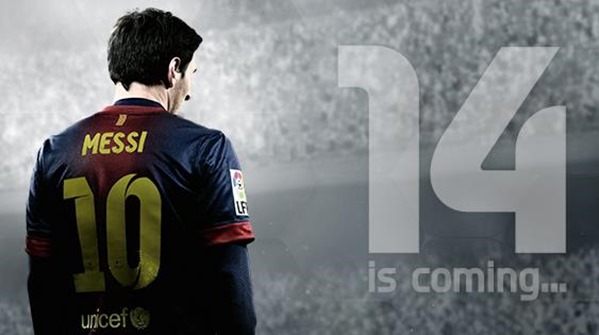 Electronic Arts teased the new version of FIFA on the company’s Facebook page, and the company had already hinted at next generation versions of Madden and other sports titles during its quarterly conference call though it has stopped short of offering up a timescale for when that will happen.

Microsoft’s next Xbox Reveal event is now less than twenty-four hours away, and with Sony having already put its PS4 out there, everyone is waiting with baited breath to see what comes out of Redmond. Rumors of what will and will not be part of the next ten years of Xbox have been doing the rounds for months now, and with the truth set to be set free by Microsoft at its so called Xbox Reveal event, finally the rumors can stop!

Gamers have been glued to their Xbox 360 for years, and the next console is expected to be just as popular assuming Microsoft doesn’t do anything silly this time around. Originally released back in 2005 and currently in its eighth year running, the Xbox 360 was something of a sleeper hit following on from a less than stellar original Xbox. This time around though, expectations are much higher. We’ll have to see how Microsoft handles things come 10am PDT (6pm UK).

We can’t wait! What about you?