Top of the list of places to stay, the only 7-Star hotel in the world, Dubai’s Burj Al Arab, is possibly the most luxurious hotel on the face of the planet. It should be, too, considering the $1,500 starting price for a double room. If you are lucky enough to be able to count yourself amongst the few people that can afford to frequent the place though, you’ll be greeted with your very own iPad to use during your stay. Not just any iPad though. Oh no.

These iPads are 24-carat gold plated – all 202 of them, and are designed exclusively for Burj Al Arab with engraved logo of the hotel. Don’t get too used to it though, because you’ll have to hand it back when you leave!

Not content with having an iMac in every room, the hotel has now branched out to offering an iPad to each visitor throughout their stay, with a virtual concierge service as well as menus for the hotel’s restaurants being housed on Apple’s little tablet of wonder. House keeping and butler services are also handled by the slate, somehow managing to make even the most mundane of things interesting! 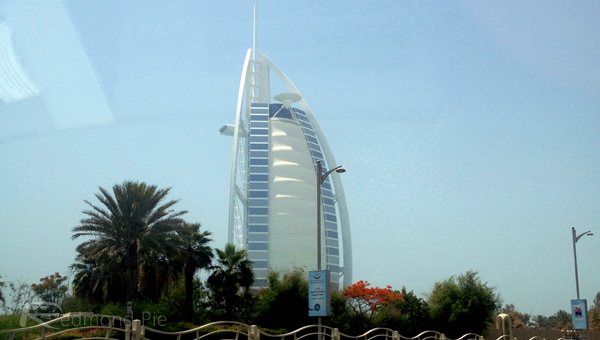 If you really do want to take a golden iPad home with you, they’re apparently available to purchase via the hotel although we shudder to think how much that will set you back. There’s no word on which model of iPad is used, either, but we would expect it to be the latest and greatest model given the standard of the establishment.

Obviously the iPads aren’t the end of the luxury at the Burj Al Arab. Walk-in showers and Jacuzzis, huge plasma TVs, Rolls-Royce and a private butler service are all part of the package during your stay, though having never been to somewhere like this ourselves, that may well be standard fare! 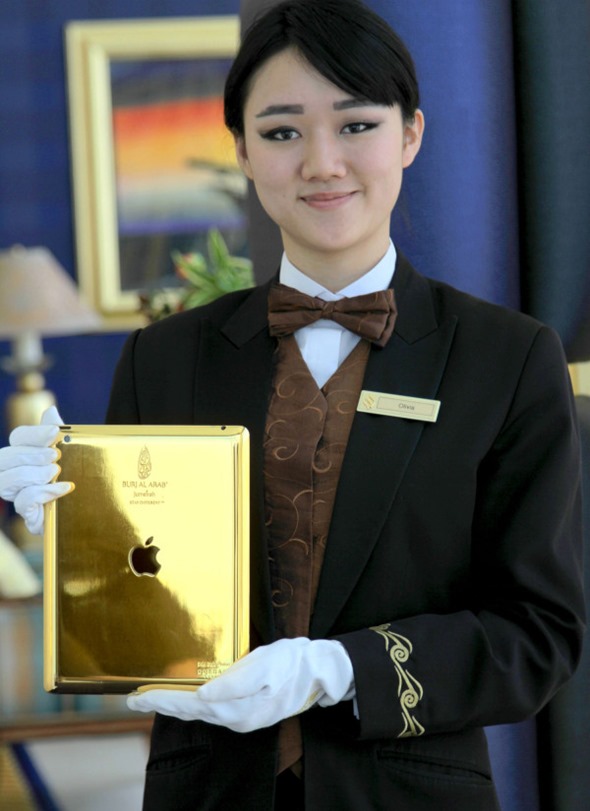 The fact that the IT people at the hotel went with Apple’s iPad rather than one of the numerous competitors may be of interest to some, though we suspect it’s more a case of sticking with the Apple theme than some more deep rooted hatred of Android! Regardless, we’re sure it’ll make a story somewhere.

We’d just be happy to stay at the Burj Al Arab, iPad or no iPad!