Apple has officially released for download watchOS 4.3 and tvOS 11.3 final version for all compatible Apple Watch and Apple TV devices.

After a prolonged period of internal and external testing, the release means that the company deems both platforms ready for public consumption, with both being available for immediate installation. 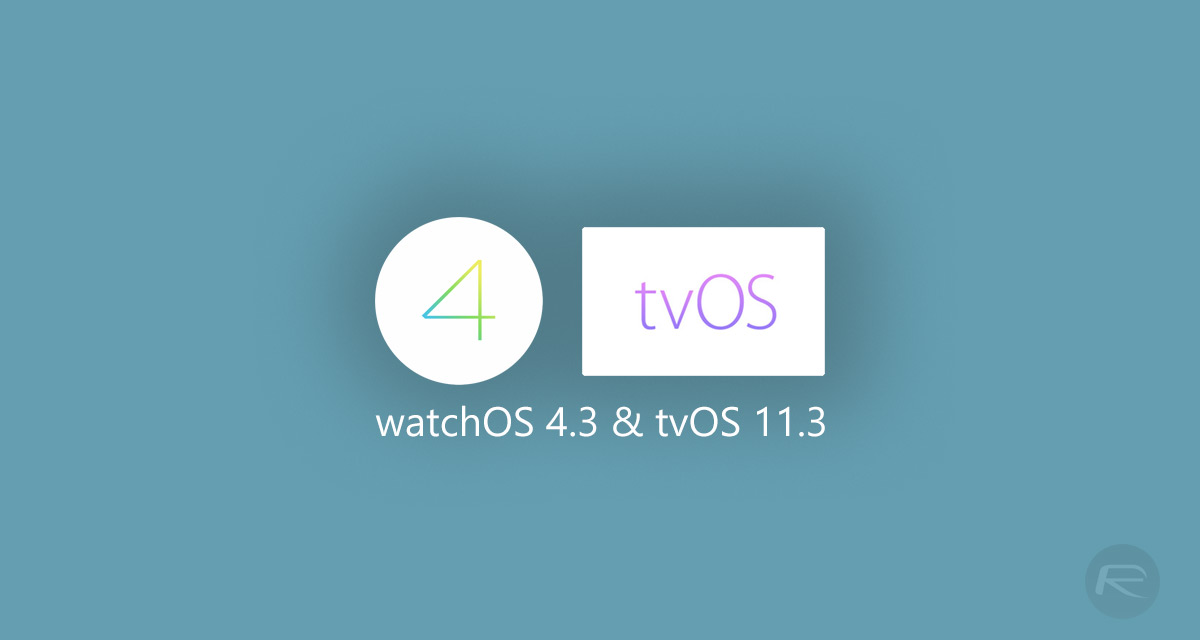 Apple has been working closely with registered developers and public testers – the latter only where tvOS 11.3 is concerned – to ensure that both platforms were tested thoroughly and robustly before going out to the public. The multiple test builds have allowed Apple’s internal engineering teams to feel confident in the quality of the software, which has led us to the present day and the availability of watchOS 4.3 and tvOS 11.3.

watchOS 4.3: This is a great update for Apple Watch owners who subscribe to Apple Music. The ability to access to the Apple Music Library has been brought back, along with the introduction of a new “On iPhone” feature which lets Apple Watch owners access their music. Daily Activity information is also now passed to the Siri watch face in order to give users a quick glance view of progress. There is also a gorgeous new charging animation in place when Apple Watch is connected to power. Apple Watch owners with watchOS 4.3 installed will also be able to use Nightstand Mode in landscape and portrait orientations.

tvOS 11.3: Apple introduced support for AirPlay 2 with the early releases tvOS 11.3, which allows the installed Apple TV to be added to the Home app as part of a larger more intricate HomeKit environment, but subsequently removed it which is kind of disappointing but lets hope it’s back in future iOS releases.

As mentioned, both tvOS 11.3 and watchOS 4.3 are available to download and interact with right now. Apple TV owners – either Apple TV 4 or Apple TV 4K – can grab the latest update through the Software Update mechanism in the OS.

Apple Watch owners on the other hand will need to have at least 50% battery on the device, have it connected to a power source, and download the update through the corresponding Watch app on the connected device.