You can now download watchOS 3.2 beta 1 for Apple Watch, which includes the original model, as well as Series 1 and Series 2 models. Here are the details.

Apple’s beta software, intended for download and installation by developers, often comes in droves, and this time is no different. After seeding initial beta seeds of tvOS 10.2, iOS 10.3, and macOS 10.12.4 last week, the Cupertino-based company has now officially issued the initial beta of watchOS 3.2, specifically for users registered on the Apple Developer Program. 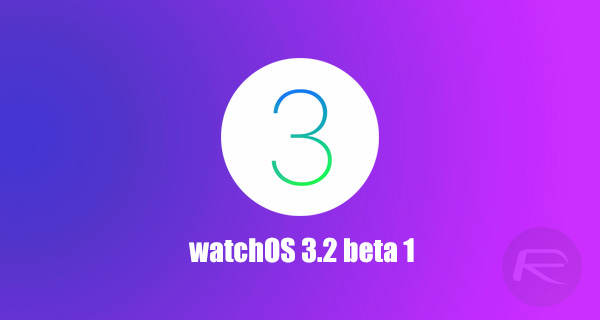 As is generally the case, any new release of a major platform by Apple results in an exciting exploration of what’s actually been included, what is user-facing and what is actually abstracted away in terms of behind-the-scenes improvements and performance enhancements. Thankfully, watchOS 3.2 is slightly more than a very simple and mild point update, and has some inclusions that will definitely give developers a reason to put aside some time to investigate and explore.

One of the major inclusions with this beta of watchOS 3.2 is the introduction of the rather splendid and theatrical sounding Theater Mode.

Theater Mode actually might sound familiar, and that’s because it was rumored to make an appearance with the release of iOS 10.3, but didn’t materialize in the first beta, released recently. However, Apple has seen fit to implement this functionality into watchOS 3.2, meaning that Apple Watch owners can instantly tell the Watch that they are in a theater and have the hardware act accordingly to that situation.

On a very basal level, Theater Mode is designed to ensure that the Watch is sympathetic to surroundings when a wearer is in the theater. It achieves this by ensuring that sound is muted on the Watch, and that the screen doesn’t come to life when the wrist is raised. Notifications are still received, with haptics still in play, but they can view these by simply tapping on the display or pressing the Digital Crown.

watchOS 3.2 also brings with it SiriKit integration, which means developers can start building Siri into the app experiences, allowing things like a cab ride to be booked, food to be ordered, or payments to be made via the likes of PayPal, all directly through Siri on Apple Watch.

Apple has also taken the opportunity to bundle in bug fixes, performance enhancements, miscellaneous improvements and changes, such as extension of existing APIs over to watchOS, in order to push watchOS forward.

watchOS 3.2 beta 1 can be downloaded and installed to the Apple Watch by using the accompanying Watch app on iPhone and heading to the Software Update mechanism (General > Software Update). Of course, this requires you to be an enrolled and registered member of the Apple Developer Program as mentioned earlier with a configuration profile installed on iPhone for watchOS.