If you are a Windows 10 Mobile device owner who has been sitting back and watching on in envy while all your iOS and Android equipped friends have been spending countless hours of joy and whimsy in the augmented reality world of Pokémon Go, then prepared to have a smile cast well and truly upon your Windows 10-loving face.

Nintendo and Niantic Labs may not regard your device choice as important enough a market to cater to, but thankfully there are some enterprising people out there who do. Step forward Stefano of ST-Apps with a Universal Windows Platform (UWP) client that brings Pokémon Go to Windows 10 Mobile. Yup, you read that right, there is now a way to run Pokémon Go on your Windows 10 Mobile devices. 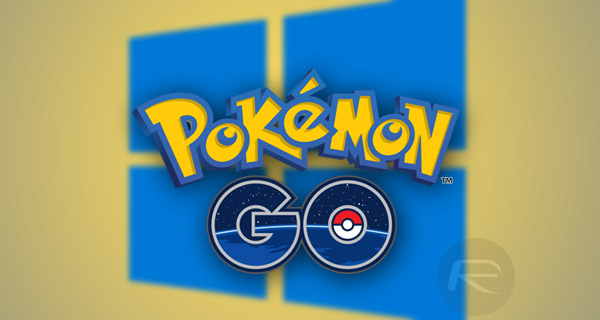 Until now, it was only really possible for Pokémon Go to be played on devices running iOS or Android. The developers of the game, Niantic Labs, have chosen to focus on the two major mobile platforms in the first instance, which makes perfect sense considering that’s where the users are. We don’t have any official confirmation from anyone involved in the making of Pokémon Go as to whether the game will be extended to Windows device in an official capacity in the future, but until that arrives, we now have the PoGo-UWP experience that bridges that gap in an unofficial capacity.

You can watch the embedded video below to see exactly how you can get up and running with PoGo-UWP for Windows 10 Mobile, but it seems that the whole idea has been executed partly because “it could be done”, and partly because Stefano – the developer behind the source code – was rejected for a position with Microsoft for not “showing enough passion”.

It seems to us that a good way to broadcast that passion is to reach out to the Pokémon Go-loving community and give those with Windows 10 Mobile devices something to get passionate about themselves. The result is this UWP client that allows Windows 10 Mobile device owners to play in the same Pokémon Go world as their iOS and Android counterparts.

As you might imagine, as impressive as this is, there are still a few things that will be different. In its current form, there is no support built into PoGo-UWP for an augmented or 3D experience, meaning that those pesky little critters can’t be caught in an augmented reality overlay. But hey, this is Pokémon Go on Windows 10. We can’t have it all, right? Check out the installation tutorial video for yourself to get up and running with the game on Windows 10 Mobile.