Apple has announced the release of macOS 10.15 Catalina public beta 2 and tvOS 13 public beta 2. Both the second public betas are available to install right now for all compatible Mac and Apple TV hardware.

All of the aforementioned public betas will immediately appeal to any Mac or Apple TV owner outside of the development community who has an interest in ensuring that Apple’s platforms are as foolproof, feature-complete, and as robust as possible. They will also appeal to passionate technology enthusiasts who have waited patiently for Apple to push these firmware versions out into a public release track.

Apple does an extremely good job of getting the public involved in testing its platforms and ensuring that it has testing at scale at every opportunity. With that said, it is worth mentioning that those public testers aren’t getting anything that hasn’t already been seeded into the registered development community. This public beta 2 is the exact same beta 3 build that was released to developers on July 2nd, meaning Apple is simply staggering the launches in order to control how much feedback comes into its inboxes and therefore giving itself the ability to assign work in a controllable manner to engineers working across the multiple platforms.

So, with all of that in mind, the second public beta of macOS 10.15 and tvOS 13 are available for registered public testers to download right now from beta.apple.com or as an OTA update from the device itself. It gives testers yet another opportunity to discover and report back issues to Apple. 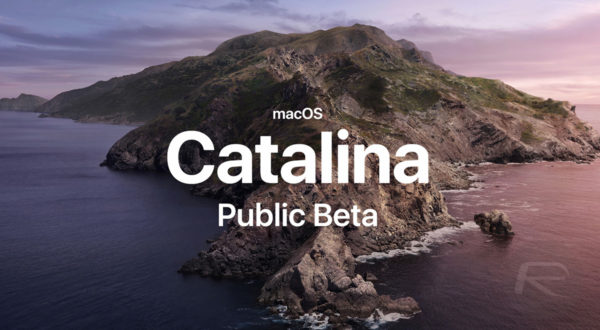 Remember, it’s important to keep in mind that these betas are intended to be exactly that – pre-release / beta seeds that are not yet deemed to be good enough for public consumption. This means that you should expect to encounter bugs and, as mentioned above, should be prepared to report any issues back to Apple.