Apple has had these versions of software in development for a prolonged period of time. 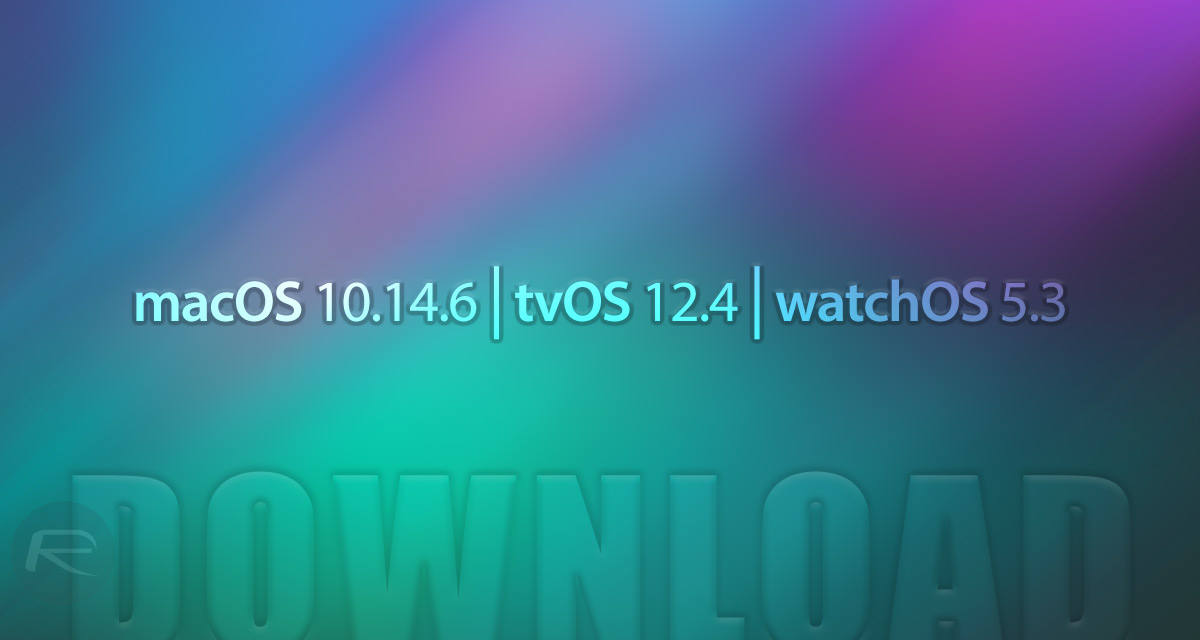 That testing period has involved internal and external testers, all of whom have been tasked with getting the platforms to a releasable point. Finally, we find ourselves at that point.

Mac owners and lovers are going to want to get their hands on the latest version of macOS, which is now available in the form of macOS 10.14.6. Apple introduced a number of fairly decent and celebrated features with the release of macOS 10.14.5 but is using 10.14.6 to essentially fix issues stabilize the platform, and improve overall performance. Full changelog is as follows:

The macOS Mojave 10.14.6 update improves the stability and reliability of your Mac, and is recommended for all users.
This update:
– Makes downloaded issues available in the My Magazines section of Apple News+, both online and offline
– Adds all publications in Apple News+, including newspapers, to the catalog at the top of the News+ feed
– Adds the ability to clear downloaded magazine issues in Apple News+ by selecting History > Clear > Clear All
– Addresses an issue which prevents creation of a new Boot Camp partition on iMac and Mac mini with Fusion Drive
– Resolves an issue that may cause a hang during a restart
– Resolves a graphics issue that may occur when waking from sleep
– Fixes an issue that may cause fullscreen video to appear black on Mac mini
– Improves file sharing reliability over SMB

Where Apple TV is concerned, tvOS 12.4 now the latest publicly available version for mass consumption. Apple has been teasing some seriously impressive improvements with tvOS 13 – think multi-user sign-in – but is really using tvOS 12.4 as a stepping stone to that release in terms of improvements and stability enhancements.

With that in mind, if and when you go through the process of installing this update, you aren’t going to find huge feature additions or functionality add-ons. For those who are in ownership of a compatible Apple TV unit, this release is about making that experience more pleasurable and reliable.

Apple Watch has more reach than Apple TV, which means that more people will be waiting to get watchOS 5.3 installed. Thankfully, it’s here. The biggest change is support for ECG enabled for those in Canada and Singapore as well as the return of Walkie-Talkie app which was previously disabled due to a security issue.

Last but not the least, HomePod 12.4 firmware update has been released which adds support Taiwan and Japan launch of the HomePod.