Download iTunes 12.3 For Windows, Mac With Support For El Capitan And iOS 9

Apple has continued on its path of being the company that keeps on giving by releasing an updated version of its iTunes software. Today’s release of the company’s iTunes software sees the version bumped up to 12.3, bringing with it support for the recently released iOS 9, as well as design amendments that have been introduced with the launch of OS X El Capitan in mind.

As you might expect, the introduction of the latest version of iTunes inevitably brings with it the usual big fixes and stability improvements that we are accustomed to seeing in all software updates. In addition to offering full iTunes support for iOS 9 and amending parts of the app to fit in with OS X El Capitan, iTunes 12.3 also brings support for Apple’s new two-factor authentication process that has been designed to further secure a user’s Apple account and associated Apple ID. 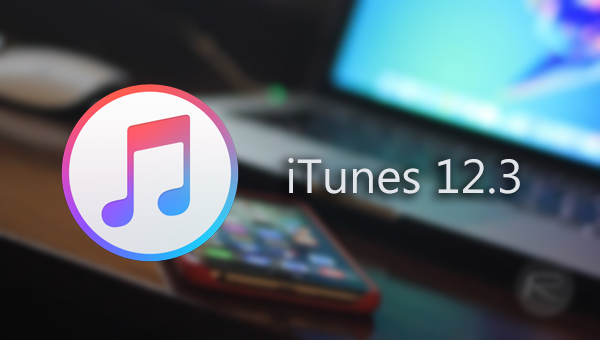 The rest of the accompanying changelog focuses on a few of the more notable bug fixes and improvements that have been bundled in with iTunes 12.3. Improvements have been made to accessibility of Apple Music with changes around VoiceOver. There’s also a fix included for a bug that prevented reordering of songs as part of the “Up Next” feature. If you’re an avid user of the iTunes Radio stations then you’ll also be pleased to learn that there’s a fix in place for radio stations that failed to appear in the Recently Played section of iTunes. The full Apple provided changelog is as follows:

This update to iTunes adds support for iOS 9 and is designed for OS X El Capitan. It also:

This update also includes improvements to overall stability and performance.

When you’re finished battling with the installation of iOS 9 on your iPhone, iPad, or iPod touch, the latest version of iTunes can be obtained and installed via the Software Update mechanism within the Mac App Store on OS X and Apple Software Update Utility for those of you on Windows.