Apple has finally made available for download the final version of watchOS 4.1 and tvOS 11.1 for all compatible Apple Watch and Apple TV models.

The release of watchOS 4.1 and tvOS 11.1 comes after a prolonged period of internal and external beta testing of both platforms with Apple’s engineers, registered developers and public testers, and this means that all compatible device owners have immediate access to the updates now as over-the-air downloads. 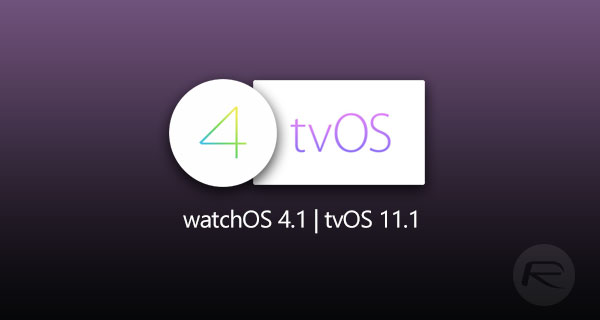 watchOS 4.1: This update isn’t exactly groundbreaking, but what can we reasonably expect when Apple has just pushed a major version of watchOS live a matter of weeks ago? Installation of watchOS 4.1 will essentially mean that Apple Watch Series 3 with LTE owners have immediate access to the ability to stream music from Apple Music independent of iPhone. Apple has also included support for the wonderful new emoji characters from iOS 11.1, and even brought a dedicated Radio app to Apple Watch for those who can’t get enough of streaming from their wrist.

Of course, Apple has also bundled in a number of miscellaneous bug fixes and generic improvements, and the all important fix for KRACK WPA2 WiFi vulnerability.

Full changelog of watchOS 4.1 is as follows: 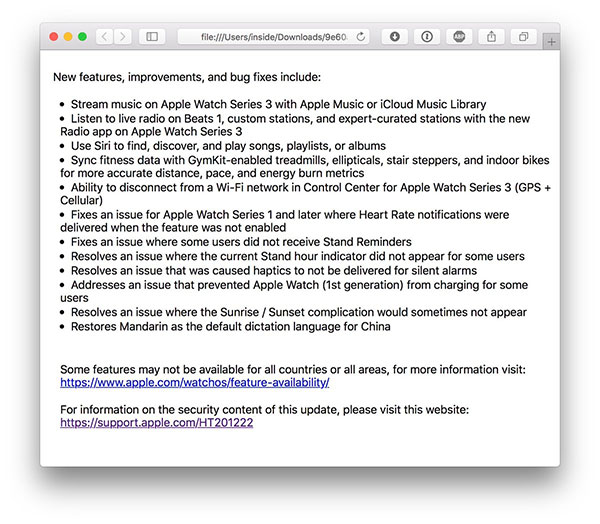 The update is available to download right now for all Apple Watch models through the connected Watch app.

tvOS 11.1: This isn’t going to be one of those firmware installations that will keep you busy for hours on end interacting with all of the new features and improvements. Instead, it’s pretty much a stabilizing release which looks to solve a number of niggles experienced by those who had installed initial version of tvOS 11, and introduce some additional support and compatibility for those who have taken the opportunity to purchase Apple’s new Apple TV 4K.

Anyone with a compatible Apple TV – which in this instance where tvOS 11.1 is concerned is Apple TV 4 or Apple TV 4K – can head into the settings section and grab the latest tvOS 11.1 update as an over-the-air installation right now.