Download: Final Version Of Firefox For iOS On iPhone And iPad Now Available

Mozilla has finally released a finished version of its Firefox web browser onto the iOS App Store for iPhone, iPad, and iPod touch device owners. The out-of-the-box web browsing option on iOS is of course Mobile Safari, but that doesn’t mean it’s all that iDevice users are limited to. Many choose to download and utilize the power of Google’s native Chrome app from the App Store, and now, thanks to this highly anticipated release, those who generally prefer to use Firefox for desktop browsing can also utilize its power on iOS.

We’ve known that Firefox was coming to iOS in an official capacity since the back end of last year. Mozilla, the foundation behind the Firefox software, took the opportunity to invite a curated selection of people to a private beta of the app in May of this year, in the hope of eradicating any major bugs and flaws that existed at that time. That initial limited beta was then followed up four months later with an official public preview version of the platform for iOS device owners. The wheels have been turning fast since then, resulting in this first official version. 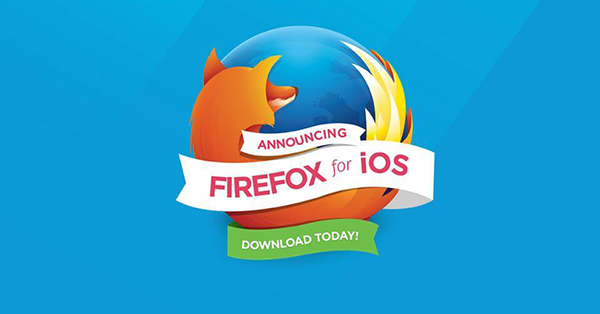 Mozilla has repeatedly been voted one of the most trusted Internet company in existence when it comes to privacy and transparency. It’s for that reason that consumers opt to put their trust in the platform. Like Mobile Safari and Google Chrome, Firefox for iOS comes with a certain set of familiar features that are often utilized by all web visitors. Intelligent search functionality is bundled into the app along with real-time suggestions of the web page or search term that the user is trying to accomplish. There’s also a built-in selection of easy access search providers for those who may want to stray away from the usual Google search. 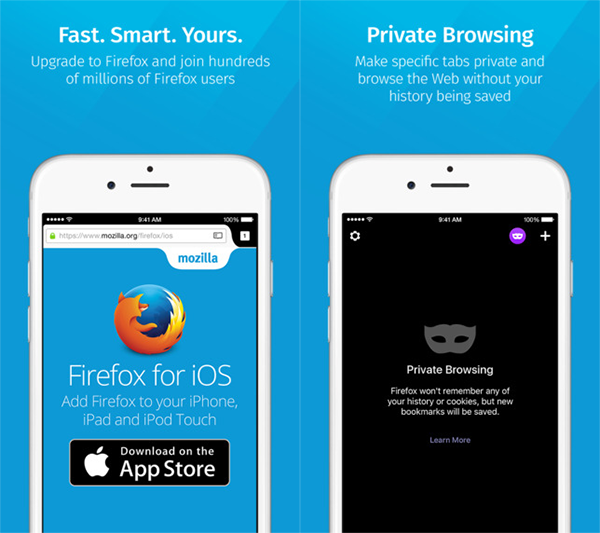 Those downloading and using the app on an iPhone, iPad, or iPod touch with iOS 9 installed are also able to take advantage of a Private Browsing mode that is designed to protect the user’s personal data by not remembering any search history or storing any cookies. For the security conscious out there, there’s also one touch access that allows deletion of stored passwords, or a more granular approach that allows selected private data to be deleted or retained. 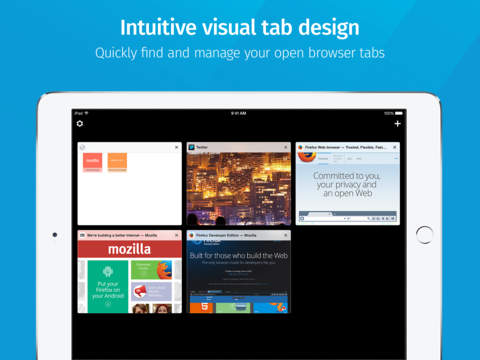 The user-interface of the app isn’t anything to shout about, but it’s functional, provides a good user-experience, and has a really nice intuitive visual tab set up that allows quick toggling between multiple windows.

(Download: Firefox for iPhone and iPad from the App Store)