Apple’s implementation of Notification Center took so long to arrive that those of us who use iOS were too pleased to see it make an appearance to complain about its shortcomings. With the semi-recent release of iOS 9, Notification Center got a slight rejig with the ability to now sort notifications by time as well instead of just applications, but the issues run deeper than that. Unfortunately, Apple doesn’t always see it. So we need to turn to jailbreak tweaks instead.

One of those tweaks is NCCards, which is available to download from the BigBoss repo on Cydia jailbreak store right now and download it you should, especially if you’ve been hoping for bigger changes to Notification Centre for a while now. 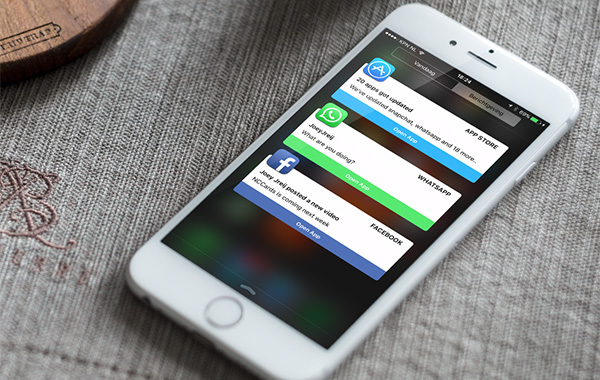 Priced at $2.99, at its core, NCCards brings a card-like interface to Notification Center, grouping all notifications into cards based on the app that they are tied to. The tweak goes beyond that, though, and by giving users the ability to customize just how it works, NCCards offers a level of flexibility that should see most people pleased with the outcome. 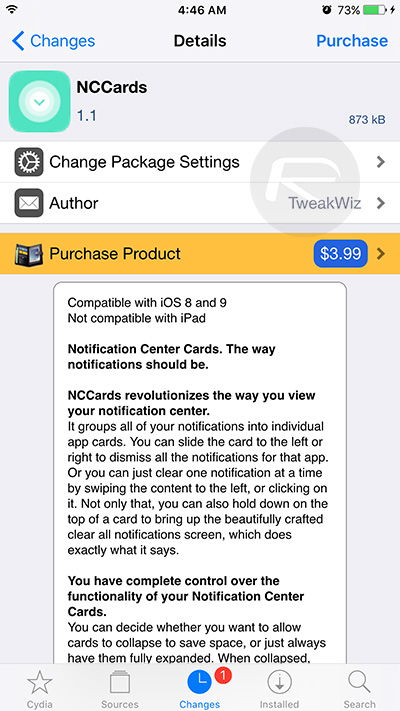 One of our favorite features is the ability to change the color of the cards created by NCCards. It may not sound like the biggest or most important feature that the tweak has under its sleeve, but when you need notifications to be instantly recognizable as being of a particular app, or even group of apps like messaging clients, for example, being able to change how they appear can be very important indeed.

NCCards is a tweak that shows once again that Apple has some way to go before Notification Center is where it should be, and while it does get iterative improvements here and there, as a feature, Notification Center would benefit from something of an overhaul. That, we suspect, is likely to be towards the bottom of a long list of things Apple wants and needs to do to iOS.

Fingers crossed iOS 10 does the business.