When Mozilla announced late in 2014 that it was going to finally bring Firefox to the iOS platform everyone rejoiced, especially those who use Firefox on all of their other platforms. Now, six months later, Mozilla is sending emails out to a lucky few, asking if they would like to join the beta program for Firefox for iOS in order to try and iron out as many bugs as possible before a public release.

In an email that has been received by an unknown number of people, Mozilla is reminding users that the beta release of Firefox will be prone to bugs and potential crashes during the development process. Given the fact that such things are the exact reason beta testers are needed though, Mozilla really shouldn’t be dragged over the coals for that. We’ll have something different to say if the final public version is just as bad, though. 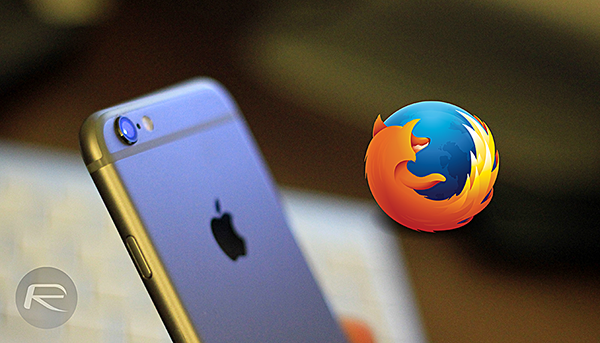 According to the email, beta testers will need to own an iOS device with iOS 8.0 or later installed in order to help out, and while the version of Firefox that will arrive on iOS will essentially be a new wrapper for WebKit, it will also carry some of the features Firefox users love such as account and bookmark syncing. Both can be invaluable if you use them a lot, and having them readily available on iOS will be a big benefit.

At the time of writing this there was no indication of when Mozilla intends to be able to ship Firefox to the App Store for mass use, though the sign that a private beta is ready to kick off should give hope that development is at least well underway inside Mozilla. Firefox users should sleep well tonight, safe in the knowledge that they haven’t been forgotten about. 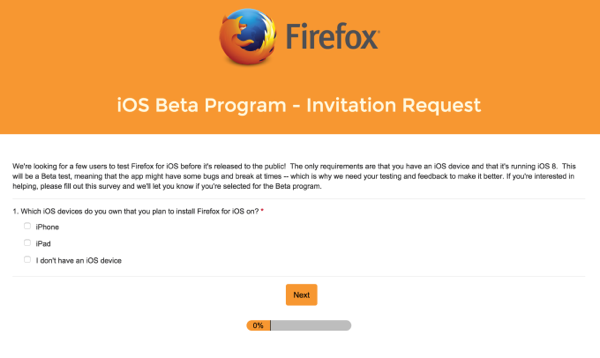 Firefox enjoyed quite the groundswell of support a few years ago, but with Google’s Chrome and Apple’s Safari the current big incumbents on iOS, Mozilla’s browser may be joining the party a little too late for most.

Did you get an email from Firefox for beta testing its new browser on iOS? Do share with us!