New videos featuring Apple co-founder Steve Jobs don’t pop up every day at this point, so when a new one does surface everyone tends to take note. That happened recently, and the video has the added bonus of featuring Steve Wozniak, too.

Everyone enjoys a good video, especially when it involves the likes of Steve Jobs and Steve Wozniak talking over it. The video below is just such a thing, though it has to be said that it is more of a collection of photographs than it is a video, but we’ll take whatever we can get. 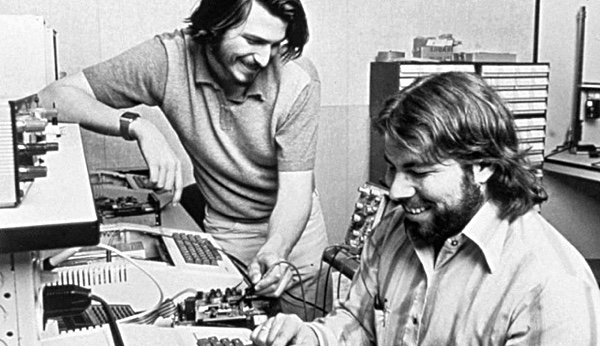 Made available to Fast Company by Byte Shop founder Paul Terrell, the video features both of Apple’s co-founders speaking about the early days at Apple, which is the kind of time that still holds interest for many of us despite umpteen books having been written about the subject. Apple’s early years are interesting for range of different reasons, not least to see how Apple continued to tick along with a co-founder that grew increasingly erratic.

The video features a short introduction by Byte Shop’s Paul Terrell and features the same Apple II song that was included in a video which was made as part of the Apple II’s introduction on April 24th, 1984. The product arrived just months after the original Macintosh had been demonstrated to Apple’s head people and the rest, as they say, is history.

While this new video may be more slideshow than actual video, it will still be of interest to Apple and Jobs watchers alike if only because it gives us another peek inside the goings on at Apple during one of the most important times of its history. The company may have gone through many chapters since those early days, but without them Apple would not be the company that it is today. Any video that features both Jobs and Wozniak will always have a special place in many of our hearts as well.

Grab a cup of coffee and check out the video below, and when you’re done, do share your thoughts with us on it in the comments section.