Apple managed to captivate the developers in attendance when it announced macOS 10.15 Catalina, watchOS 6, and tvOS 13 during the 2019 WWDC held earlier this month in San Jose, California. 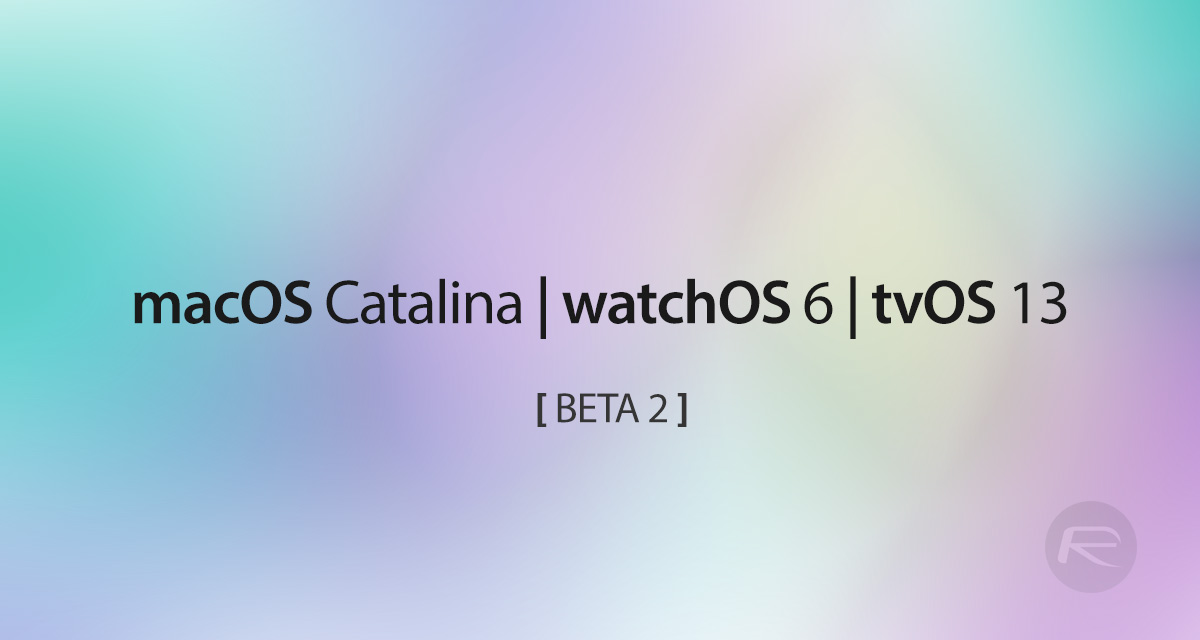 That initial keynote was finished off with an initial firmware seed which allowed developers to get their hands on the above platforms to not only test out the new features but to also test out their own apps and wares. Now, beta 2 is available for the same processes.

macOS 10.15 Catalina beta 2: macOS 10.15 is all about new apps. That includes a dedicated Apple Music app with an easy-to-use interface and accompanying sidebar, a gorgeous Apple TV app, and even a lovely Podcasts app for those who love to discover new podcasts and consume existing subscriptions. macOS 10.15 also includes a plethora of fixes, improves, and performance enhancements, and even the unveiling of Project Catalyst which makes it super-simple for developers to bring iPad apps into the macOS ecosystem.

watchOS 6 beta 2: watchOS is a favorite of a lot of people. Apple Watch has proven to be phenomenally successful for the business and this is, in part, down to the powerful software which powers it. watchOS 6 offers new watch faces, a brand new charging animation, and other improvements that are designed to make Apple Watch a more usable and powerful wearable. Let’s hope Apple has solved the battery drain issue that was present in the initial release.

tvOS 13 beta 2: tvOS is one of those platforms that really has unlimited potential from an aesthetic perspective. After all, Apple TV is generally going to be connected to a stunning HD/4K television set and allows Apple to break out of the small-screen mentality in order to achieve excellence in the living room. tvOS 13 attempts to take that to the next level with stunning music lyrics, brand new screensavers and added game controller support for PlayStation 4 and Xbox One controllers. Apple has also added a highly sought after feature which users have been crying out for: multi-user support.

Beta 2 of all of the above platforms are available to download and consume, right now!