Downgrade iPad 2 And iPhone 4 From iOS 5 To iOS 4.3.3 With TinyCFW For Untethered Jailbreak [How-To Tutorial]

Although much of the developing and modding is made as simple as possible for those not particularly adept to the ins and outs of iOS, issues can often arise, and what is often a smooth process can sometimes be a little tricky with a hurdle or two in the way.

TinyUmbrella has been a pivotal utility for many a jailbreaker. Besides readily preserving SHSH blobs for easy firmware downgrades unsolicited by Apple, it is also armed with a tool which swiftly kicks your device in and out of DFU mode – a state the device needs to be in for a jailbreak to take place.

The dev behind TinyUmbrella has set up a tool (created as a favor as opposed to a public release) called TinyCFW which is primarily aimed at iPad 2 and iPhone 4 users. He made it for a friend owning a GSM iPad 2 with an iOS 4.3.3 SHSH blob saved for future downgrading. Since Apple is no longer signing the firmware, said friend was unable to downgrade to 4.3.3 which, as yet, is the only version of iOS jailbreakable (untethered) via the pdf exploit exposed by Comex’s JailbreakMe 3.0 tool. The friend, like many iPad 2 users trying the same process, was met consistently with a 1015 error, which comes hand in hand with the dreaded recovery loop. 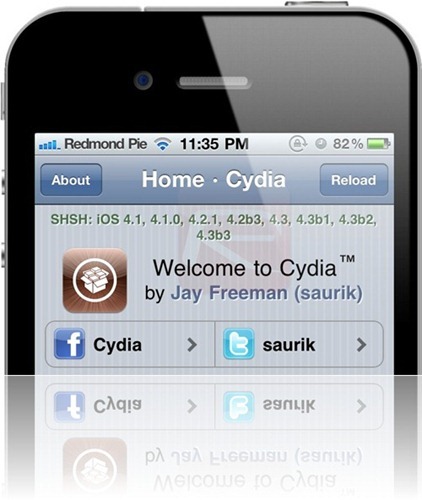 It’s worth noting that since TinyCFW was never intended for public release, it is rougher than Clint Eastwood’s beard. Don’t expect it to work flawlessly, and moreover, don’t complain if it doesn’t complete the job. Sure, it will modify an existing IPSW for an iPad 2 or iPhone 4 to update your baseband to the latest, and it will also create an IPSW which you can use with TinyUmbrella and iTunes to restore to a version of iOS of which you have conserved SHSH blobs. But, it’s not a jailbreak, nor an unlock, and will not protect your baseband, nor does it work with any device aside from the aforementioned.

Step 1: Start the application by either double-clicking the .jar (for Mac) or running the .exe (for Windows), either of which can be found here. 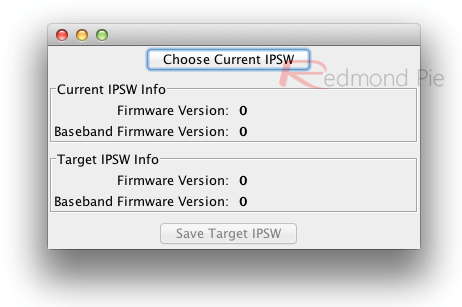 Step 2: You’ll then be met with the application window. Click the top button and locate an IPSW you have saved SHSH blobs of.

Step 3: The app will then reveal the details of selected .IPSW such as firmware version and baseband, and also the baseband versions in the target .IPSW when you click the second button.

Step 4: Next, click ‘Save Target IPSW’ and let TinyCFW work its magic. Once the process is complete, you’ll be left with a file named <your original ipsw name>.bbupdate.ipsw.

That’s it! You can now, via iTunes, (with TinyUmbrella playing the supporting role it does so well) restore your iPad 2 or iPhone 4 back to 4.3.3 (or other iOS 4 iterations), so long as you’ve saved the blobs in the past. Make sure your device is in DFU mode once you are performing the restore, otherwise it won’t work.

Once you have successfully downgraded back to iOS 4.3.3, follow our complete tutorial posted here on how to jailbreak on iOS 4.3.3 untethered using JailbreakMe.