Porting big name games to modern smartphones and tablets is something we hear about every now and then; whether it’s in the form of a professionally done port of Call of Duty, games that simulate other games or ports of older PC games done as a side project. We discuss such ports quite regularly here at Redmond Pie, and the latest of such ports is the latest game in the Doom series of video games. Check it out after the jump.

Granted, the latest major game in the Doom series is Doom 3 (that is if you don’t count mobile spin-offs like Doom: Resurrection) which released back in 2004, but keep in mind that this is Doom 3: one of the most acclaimed first-person action horror video games from 2000-2010; Its gameplay and graphics still hold up in today’s world of advanced shooters. 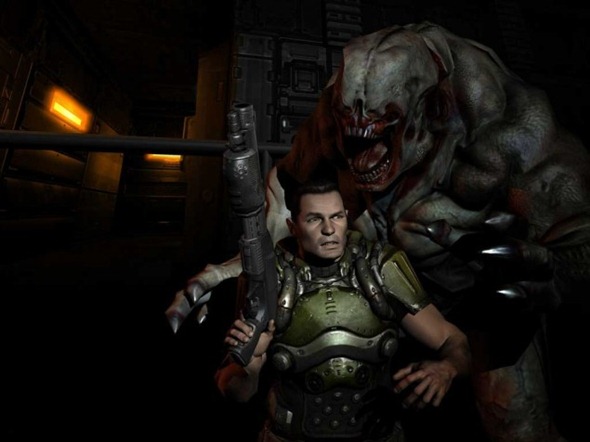 The port is in, according to Phandroid, “very pre-alpha stages” with load-times going up in the minutes and there being a distinct lack of enemies to fight, but it’s expected to reach some sort of playability as the developer gets more time to work on it.

In the video embedded below, you can see Doom 3’s test_box map running on an HTC Desire HD. The user’s character can be seen throwing the ol’ one two combo, and not much else.

For more information on the development of Doom 3 port for Android, you can follow the developer Krzysztof Klinikowski over on his Google+ profile where he discusses the methods and tools he is using for the port.

If the port makes more progress, we’ll be sure to cover it here at Redmond Pie. Until then, you may go ahead and wait for Doom 4 which will release “when it’s done” (according to the words of id Software – the developers behind Doom 4).