DisplayMate: iPhone X Has The Best Display Ever Put On A Smartphone

One of the rituals of Apple launching a new iPhone is the work that DisplayMate does to rate the display used in it, and the iPhone X is no different at all.

In releasing an up-to-date shootout for the iPhone X, DisplayMate praised Apple’s display, saying that the new iPhone has the “most innovative and high performance” smartphone display that it has ever put through its tests. DisplayMate also had praise for Samsung Display, the company that Apple partnered with to get screens into the iPhone X. 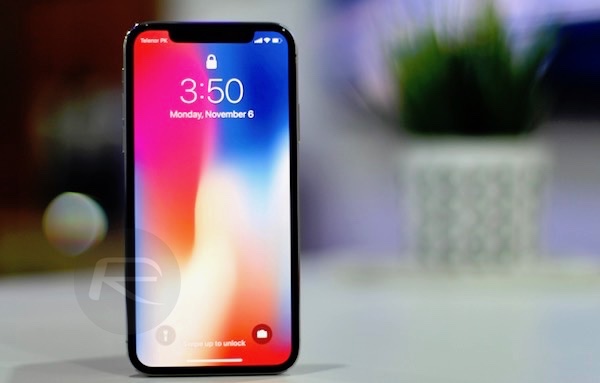 One aspect of displays that has come under a lot of scrutiny is viewing angles, with Google’s Pixel 2 XL suffering from noticeable color shift. In this regard DisplayMate noted that the way brightness and colors alter at different viewing angles with the iPhone X’s OLED display is “Very Good” all the way to “Excellent.”

While Smartphones are primarily single viewer devices, the variation in display performance with viewing angle is still very important because single viewers frequently hold the display at a variety of viewing angles. The angle is often up to 30 degrees, more if it is resting on a table or desk. While LCDs typically experience a 55 percent or greater decrease in Brightness at a 30 degree Viewing Angle, the OLED iPhone X display shows a much smaller 22 percent decrease in Brightness at 30 degrees. This also applies to multiple side-by-side viewers as well, and is a significant advantage of OLED displays. The Color Shifts with Viewing Angle are also relatively small. See the Viewing Angles section for the measurements and details.

According to the report by DisplayMate, what makes the iPhone X’s display particularly impressive is what it calls “Precision Display Calibration.” This, so DisplayMate notes, is what allows Apple to take OLED hardware and transform it “into a superbly accurate, high performance, and gorgeous display.” So yes, while the OLED for iPhone X were sourced from Samsung Display, Apple tweaked and tuned its colors, performance and calibration to make it the best, most natural-looking OLED on the mobile market:

The result: Apple has produced an impressive Smartphone display with excellent performance and accuracy, which we cover in extensive detail below. What makes the iPhone X the Best Smartphone Display is the impressive Precision Display Calibration Apple developed, which transforms the OLED hardware into a superbly accurate, high performance, and gorgeous display, with close to Text Book Perfect Calibration and Performance!!

Before DisplayMate, Tom’s Guide tests also crowned iPhone X as the number one smartphone display on the market.

Apple’s iPhone LCD was generally accepted to be one of the best smartphone displays around. With the iPhone X, Apple now has an OLED display that takes its LCD offerings and improves upon them, something that is no mean feat at all.

You can read the full detailed test report at source link below.