Here’s how you can fix A [?] question mark box autocorrect iOS 11.1 bug. Apple has already confirmed that it will likely fix this in an upcoming update to iOS, but until then the company has offered a workaround.

This is a bit of a strange bug with no-one actually seeming to know the exact cause or why it’s happening for some and not for others running the same firmware version, that is iOS 11.1. 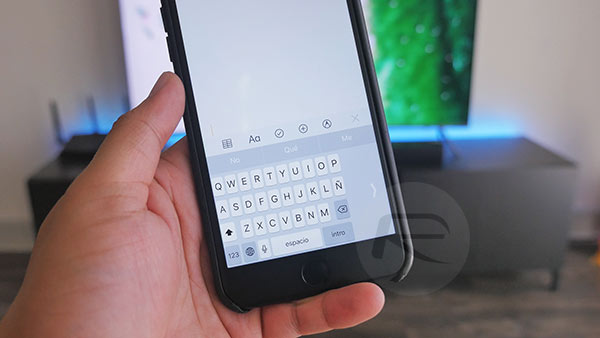 While the exact cause may not be known, it’s been determined that the problem is coming from the iOS autocorrect system which appears to be replacing a perfectly valid input character “i” with a miscellaneous and erroneous string. As mentioned earlier, Apple will fix this soon, but let’s take a look at the workaround fix in the meantime.

Step 1: Like most fixes or workarounds on an iOS device you are going to need to start your journey in the native Settings app. Launch Settings and then navigate to General > Keyboard.

Step 2: Inside of the iOS keyboard settings you have the facility to set specific text replacements. This means that when a pre-defined text string is detected it will be replaced with something of your choosing. Select the Text Replacement option and then tap on the Add (+) button.

Step 3: Inside of here you get two text fields in which you can enter information. They are labeled as Phrase and Shortcut. Tap into Phrase and enter “I”. Next, tap into Shortcut and enter “i”. 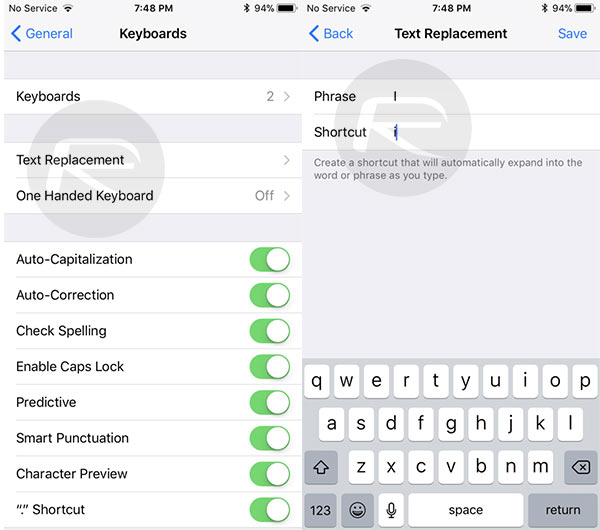 Step 4: Finally, tap Save to save the information and apply these changes.

That should hopefully fix the annoying autocorrect bug which is happening when using the native iOS keyboard. However, if for one reason or another this doesn’t fix the issue, and you can’t wait for Apple to release a patched version of iOS, then you can actually download and install a third-party keyboard from the App Store and use that. Third-party keyboards don’t get access to the native iOS autocorrect system, so they won’t actually suffer from the same issue.

One of these resolutions will hopefully work until Apple permanently fixes the problem.