Cut The Rope: Magic Is Apple’s Free iOS App Of The Week [Download]

The weekend is upon us, and so is the opportunity to grab a paid iOS app for absolutely free thanks to Apple’s Free App of the Week promo. Today’s title usually retails for $0.99 on the App Store but for a limited period – till Thursday – can be downloaded for free.

Cut the Rope: Magic has been around for quite some time, with the franchise being even older. As such the title needs no real introduction with regards to its popularity. Cut the Rope: Magic was originally released back in December 2015, but has not shed its price tag completely since then, with this being the first time it has gone free. 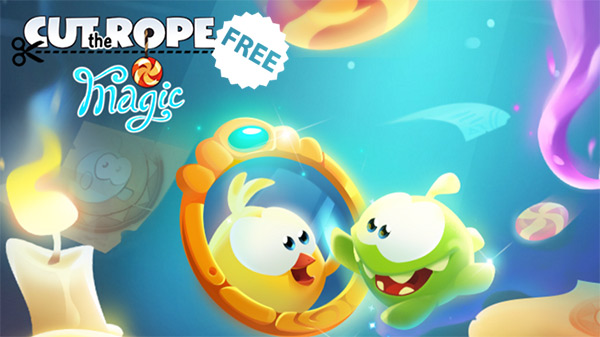 If you are an iPhone or iPad owner and are still clueless about what the Cut the Rope experience is all about, you have been missing out on one of the most addictive and challenging physics-based game to have hit the mobile gaming platform.

Keeping up with the trend, Cut the Rope: Magic packs some serious eye catching graphics and animations, complemented with witty sound effects. In this candy hunting world, players will be able to transform Om Nom into new and different forms in order to conquer and surpass different levels.

A magical mishap has accidentally teleported Om Nom to a mystical world filled with challenging puzzles for players of all ages. Can you use Om Nom’s new skills to solve an evil wizard’s tricks and traps? The latest installment of this globally popular entertainment franchise puts a fresh spin on Cut the Rope’s iconic physics-puzzle gameplay, introducing more than 160 all-new magic-themed levels across a richly imagined, colorful world. 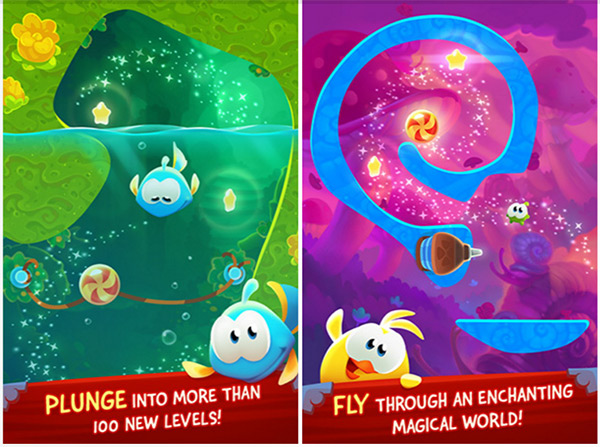 MAGICALLY TRANSFORM OM NOM INTO NEW FORMS
– The Bird Form helps Om Nom fly up above obstacles and potential traps
– The Baby Form allows Om Nom to squeeze into small, restricted spaces
– The Fish Form can help Om Nom dive deep to snatch up all the delicious candy
– The Mouse Form gives Om Nom a heightened sense of smell to help him sniff out the sweets he craves
– The Spirit Form ensures that nothing gets in Om Nom’s way during his magical journey
– The Dragon Form summons a powerful sneeze that sends everything flying

With over 160+ levels to put yourself through, Cut the Rope: Magic is must-try title for anyone, and what better time to give a whirl, than when it’s free till Thursday. Get downloading now!

(Download: Cut the Rope: Magic for iPhone and iPad from the App Store)