In case you don’t already know, Creality is a popular brand when it comes to 3D printing and laser engraving machines. They are considered pioneers of this industry. One of their latest creations is CR-Laser Falcon Engraver 10W, which as you might guess is a laser engraver and cutter. 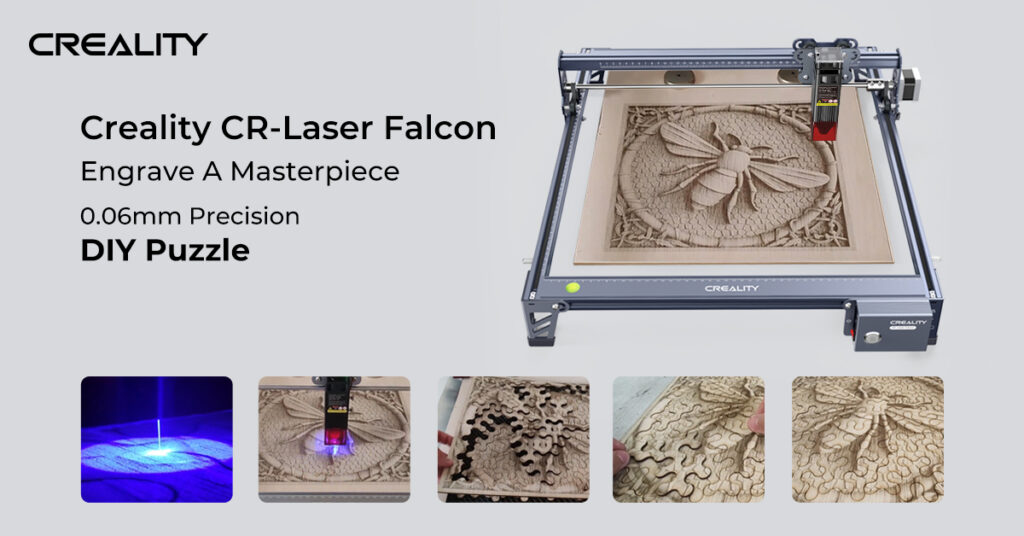 The CR-Laser Falcon Engraver 10W features engraving precision of up to 0.06mm, which means it brings out the details very nicely. As for cutting, the machine can now cut up to 12mm thick wood boards which ain’t no small feat. Best of all, it features 400 x 415mm work area which means you have a lot of space to do the job. 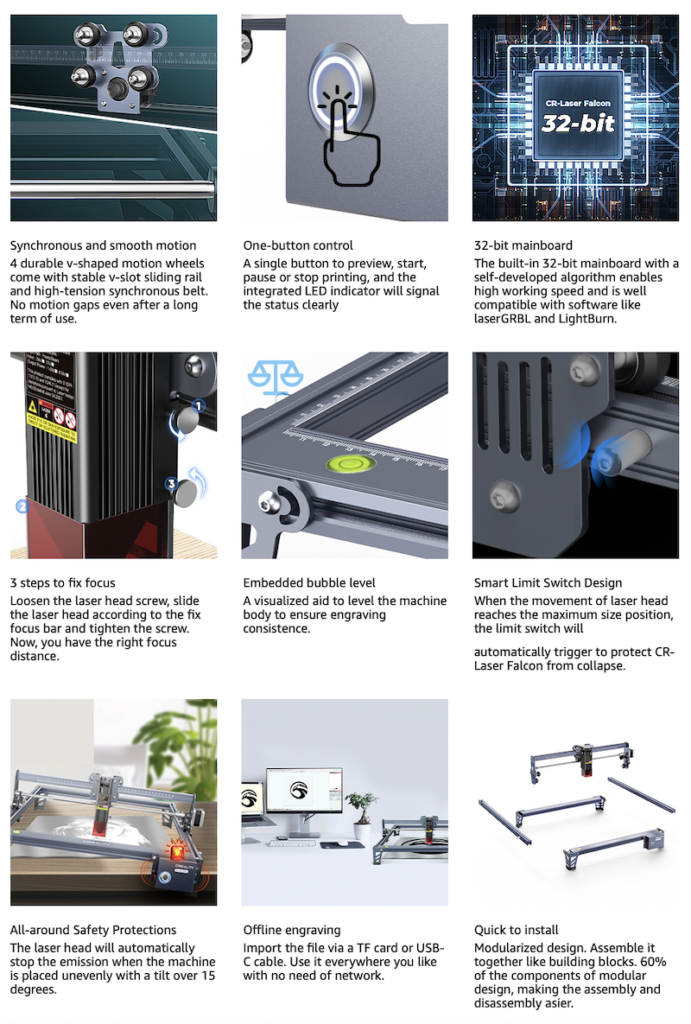 Controlling operation and safety feature are also a hallmark of CR-Laser Falcon 10W. To put it in simple words, this cutter and engraving machine is much easier and user-friendly to use compared to its predecessor. All you need to do is press a button on the machine to make it work. there’s no need of configuration via computer needed. As for safety, there’s a protective cover around the laser head to protect it as well as a built-in gyroscope and a buzzer to stop the machine in case of accidental drop of the machine.

Promotion & Where to Buy?

During the initial launch, over 300 early bird price machines were sold out in just 4 minutes on the first sale day. Many 3D printer users showed unprecedented enthusiasm for the engraving machine, which is unexpected. 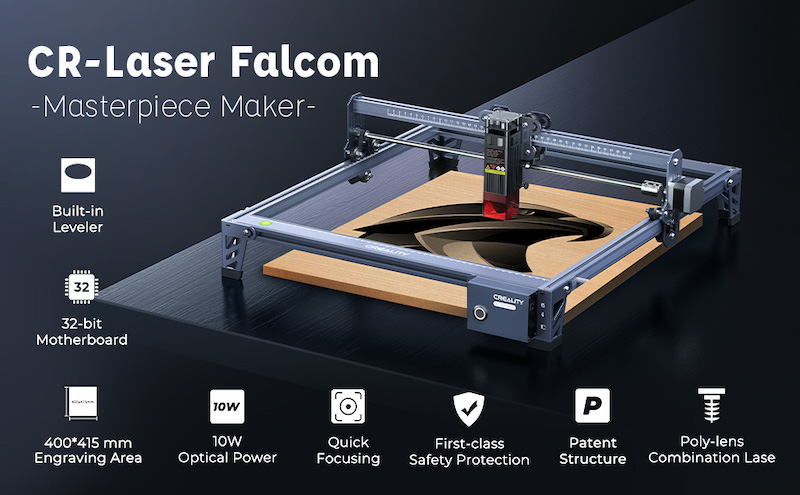 If you are interested in learning more about that promotion, we recommend check out in detail here. If you want to get this CR-Laser Falcon 10W machine, you can get special $30 discount on top of existing $77 promotional discount by using code Falconredm at check out.