As tech consumers, we’ve something of an affinity to voice assistants, particularly new ones. The massive fuss made when Apple dropped Siri a couple of years ago was equaled by the fanfare surrounding Windows Phone 8.1’s Cortana, and while Microsoft’s effort is naturally a more refined, well-rounded and personable feature than Siri was at launch, Cortana remains a work in progress. In fact, right now, Microsoft is attempting to spread Cortana beyond the confines of Windows Phone and onto the other major segments of its ecosystem, and a new Windows 9 screenshot offers a sneak peek of how it may eventually take shape on the desktop and tablet.

Windows 9 screenshots have been abundant lately, with several reliable sources having given a glimpse of what Microsoft will be unveiling in the so-called Technical Preview of the new OS. Although Windows 9 isn’t touted for release until well into next year, the Technical Preview will apparently be updated at regular intervals as developers get the opportunity to take a hands-on role in the operating system’s development. 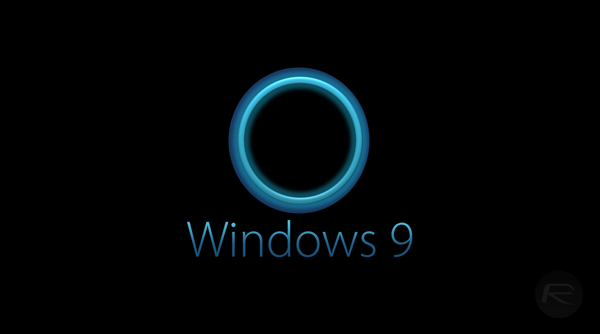 Last week, we had a look at some verified screenshots showcasing the Start Menu, a sorely-missed feature that’ll be making a return with the next major release. Now, we get to see how Cortana fits into the jigsaw courtesy of the folks at WinFuture, and although – like most of the Technical Preview – Cortana is far from finished, it offers something of a flavor as to the interface at desktop level.

Voice assistance is certainly something that smartphone users would benefit mostly from, but with Windows 9 looking to stake a claim to the tablet market looking ahead, it also makes sense for Microsoft to go ahead and integrate it with the main edition of Windows. 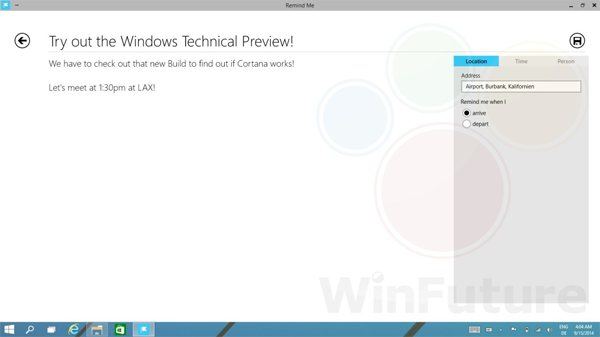 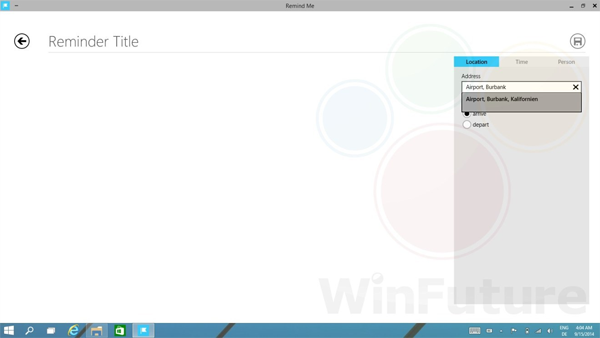 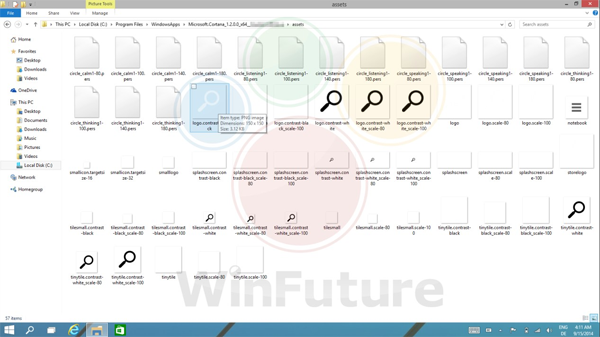 Microsoft is still busy preparing the Technical Preview, but given what we’ve heard about a September 30th roll-out, we’d expect that it’s almost ready for distribution to the masses. As well as Cortana, a new Notification Center feature will also be making its way over from the most recent version of Windows Phone, and much like Apple is doing with iOS and OS X, Microsoft is looking to draw some degree of parity between Windows and Windows Phone.