Given that both the iPhone 6 and iPhone 6 Plus are larger, of higher resolution and offer better keyboard functionality than any previous Apple handset, it stands to reason that productivity will also improve. Folks considering the iWork suite, for example, to be a non-starter on the stuffy iPhone 5s canvas will be able to get their fill one of the newer models, and as per an Apple training document, both the 64GB and 128GB models of each new iPhone will get iWork and iLife apps installed as standard.

Those purchasing the 16GB edition of either the iPhone 6 or 6 Plus will not have the apps pre-installed, according to 9to5Mac, although will have the option to do so after they’ve activated their device. From Apple’s point of view, it makes sense to bundle some of its flagship applications onto those devices that have the real estate to facilitate them, although here’s to hoping that while 16GB users can grab them if they want, those paying more for the more spacious handsets can also remove them at their own discretion. 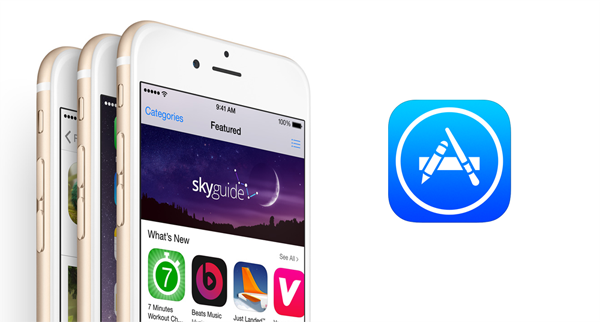 Apple’s stock bloatware portfolio is not too bad, with most of the immovable utilities integral to the overall iOS experience. However, iWork and iLife are rather sizeable, and if Apple decides that they cannot be deleted from the 64 and 128GB models, there’ll likely be hell to pay.

Still, it seems very unlikely, and as we look ahead to the general release this Friday, the only real uncertainty in this regard lies with GarageBand. The music-making app currently includes a bunch of in-app purchases that dedicated users can pony up for as and when they please. With Apple having recently taken the steps to release its pool of apps for free, GarageBand has continued to generate revenue after download, but with this new adjustment, it’s quite possible that users may get the full-on GarageBand experience for free looking ahead.

The iPhone 6 and iPhone 6 Plus will launch in a handful of countries, including the UK and the US this coming Friday, while Apple has also just revealed that a number of nations, including Spain and the United Arab Emirates, will get their big release next week on Friday, September 26th.

Which model are you getting?