Phones 4u UK Shutters Its Services, Cancels iPhone 6 And iPhone 6 Plus Pre-Orders

UK mobile retailer Phones 4u has entered administration, and while this is a disaster for all associated with the company as a whole, it’s also a bit of a headache for those who happened to place an iPhone 6 / iPhone 6 Plus pre-order with them.

For those unfamiliar, Phones 4u is one of the largest retailers in the United Kingdom, rivaling the Carphone Warehouse as the go-to high street names for the latest and greatest smartphones. As is the case ever year, Phones 4u recently began taking down pre-orders of Apple’s iPhone 6 and iPhone 6 Plus, but having today sent out an email to customers, those who thought they’d secured themselves a unit will now have to look elsewhere. 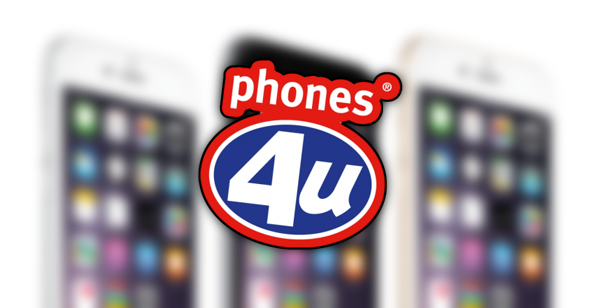 Going into administration, Phones 4u will have to liaise with creditors in an attempt to salvage a company that has been hit hard by two of the UK’s foremost carriers. Vodafone and EE decided not to renew their contracts with Phones 4u, which has, in turn, left the company in disarray.

Given that EE, or Everything Everywhere, was formed out of a coalition of T-Mobile and Orange, Phones 4u essentially lost three big-name, world-renowned carriers in one fell swoop, and as a result, it’s as if the rug has been pulled from beneath it.

Whether Phones 4u will be able to get things together and work out a plan for survival is hard to determine without a better insight into the remainder of the company’s business. But judging by the tone of the message placed on the main site of Phones 4u, things are not looking good. 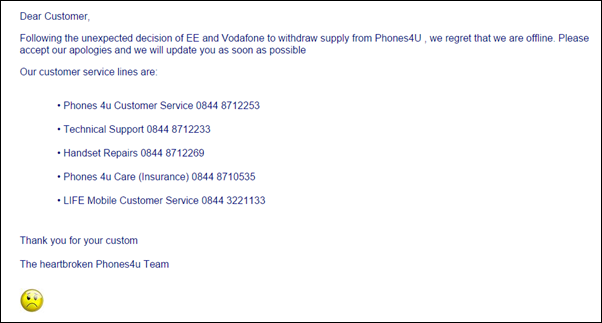 Given that the iPhone 6 looks set to smash records yet again, this to-do couldn’t really have happened at a worse time, and as the bean-counters at Phones 4u assess whether the company is salvageable, its major rivals like the aforementioned Carphone Warehouse will no doubt be grateful for the additional spike in customers.

The fact that pre-ordering iPhone customers mightn’t be able to get the same configuration anywhere else for a while will only add to the sense of confusion and dismay, and while it’s unclear as to precisely why both Vodafone and EE decided to pull the plug, what is apparent is that the effect on Phones 4u has been devastating.

Did you pre-order your iPhone 6 / 6 Plus through Phones 4u?