Windows Phone may have only just received a notification center to call its very own, but it looks like the desktop version of Windows is about to follow suit. With Windows 9 expected to be officially unveiled on September 30th, new information is popping up about what it will contain all the time, and the latest information has the next version of Microsoft’s desktop operating system coming equipped with somewhere to keep all its notifications.

In a video posted to YouTube by German site WinFuture, Microsoft’s new Windows 9 notification center can be seen in all its glory, with the new system replacing the various ways notifications have long been handled by Windows in the past. 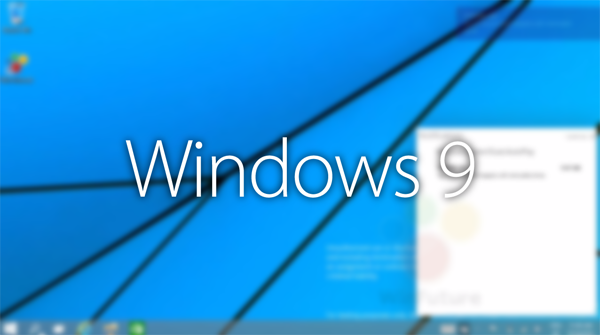 As the video shows, a new icon will be part of the Windows 9 taskbar that, once clicked, will invoke a notification center that lists all of the notifications that applications have pushed out as well as a variety of system level alerts that users may be interested in. Alerts are grouped by the application that triggered them, as shown by the Skype message notifications in WinFuture’s video. Each notification contains a short summary of what it contains, and all notifications can be cleared at once should a user wish to start afresh. Individual notifications can be removed by clicking a little ‘X’ icon by their side.

Windows 9, known within Microsoft as ‘Threshold,’ is believed to be on course for a public preview release – or the technical preview as it’s being referred to in various reports – towards the end of this month once it has been announced, and features the much requested return of the Start menu amongst other new features. While Windows 8 became more popular following a few rounds of updates, it never quite lived up to the promise of Windows 7. Microsoft will be hoping that Windows 9 will hit the ground running, rather than need meddling with before it’s widely accepted by the public.

Check out the video below and be sure to leave your thoughts on it in the comments section underneath.