Windows 9 Confirmed To Have Notification Center, Here Are The Details

The so-called ‘Tech Preview’ of Microsoft’s Windows 9 has been tentatively slated for launch the end of this month, and although the software giant is not yet dead-set on a date, some details are beginning to emerge as to what said release might entail. Like Apple, Microsoft’s mobile and desktop features are constantly crossing over, and having introduced a new Notification Center with Windows Phone 8.1, the forthcoming Windows 9 for desktop and tablet will likely enjoy a similar implementation. According to a new report, we could see the Notification Center of Windows 9 as part of the Tech Preview, something which we’ve heard about before, and while it won’t be finished, it’ll give us a flavor as to what’s in store for the eventual Windows 9 launch.

At present, it is presumed that September 30th will play host to the press event detailing Windows 9, and while the Tech Preview will likely follow immediately, the fact that monthly updates will trickle out thereafter means that we’ll be able to track the progress of Windows 9 right up until retail.

We already know that Microsoft will continue to appease keyboard-and-mouse users of Windows 8.1 by including specific features tailored to those traditional rigs bereft of touch-based interfaces, but aside from all that, the Notification Center could prove an integral part of the operating system as we move towards the next major release.

It’s quite shoddy that despite the number of changes made to the platform over the years, there’s still no speakable notifications structure in place on Windows, but apparently, it’ll be based in the system tray and pop-out in a window rather than commanding the entire interface.

Users will be able to dismiss all notifications in one fell swoop if they so wish, or operate selectively by removing them one by one. 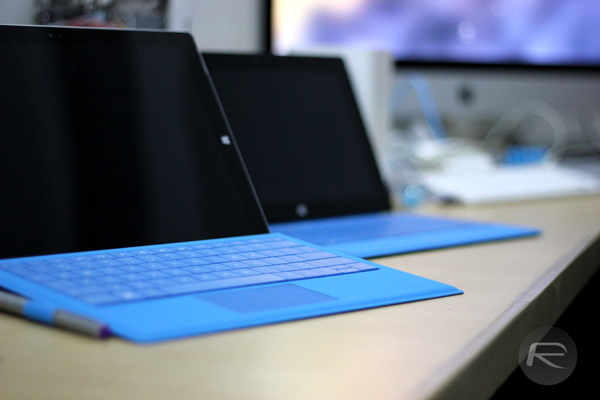 As for the UI of the Notification Center, it’s said to be fairly basic, although the clean, minimal look is one that we’re always championing here at Redmond Pie. As well as springing up unobtrusively and keeping to itself to itself, the size of the pop-up is apparently fixed, and so when a user is swamped with notifications, a system of scrolling comes into play.

Whatever your opinion on Windows 8.x, a Notification Center is definitely required, and hopefully by the end of this month, we should know a great deal more.