They say nothing in life is free, but when it comes to promotions for iOS and Android titles, that old cliché is thrown out of the window, for some of the very best apps – Fruit Ninja, Cut The Rope and even Angry Birds – have been available for the five-finger discount at some point in time. Now, the popular classic Carmageddon, which is just released on iOS, joins the list of titles to hold a promotional freebie, and you can download your free copy right now over at the iTunes App Store.

Although the aforementioned casual gaming sensations are among the most downloaded of all time, the titles pulling on the heart-strings of those sentimental gamers are those which existed on platforms prior to iOS, Android et al. Carmaggedon is certainly once of those, having first appeared on the PC back in ’97, and in case you missed it back then, it’s a pretty enthralling (if a little gruesome) title involving lots of automobiles and even more twisted, broken bones.

The inexcusable levels of madness portrayed in a title whereby the main objective is to run people over, makes a title such as Grand Theft Auto look like a kids’ playdate. Still, there’s something to be said for breaking the law in a fictitious environment, and just as I like causing mayhem on GTA, I have to admit to loving a little Carmageddon to release the stress. 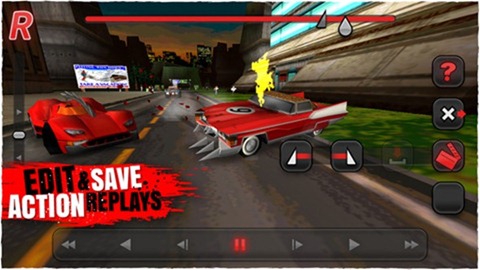 It rather jokingly appeals to those with a lust for the sinister, although if you’ve ever been driving along and infuriated by those gormless jaywalkers, you’ll enjoy the multitude of ways you can deal with them in Carmageddon.

It’s gone free as a thank-you to those whom supported the game’s development when it was a mere Kickstarter pipe-dream, so now would be as good a time as any to download it via the link provided below. 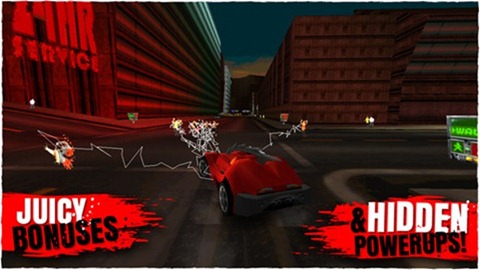 Please note, it does require iOS 5.1 in order to run, and although I trust most of you guys read the description of an app or game before downloading, it’s a common mistake to grab a title only realize once its downloaded that it’s incompatible with your firmware. 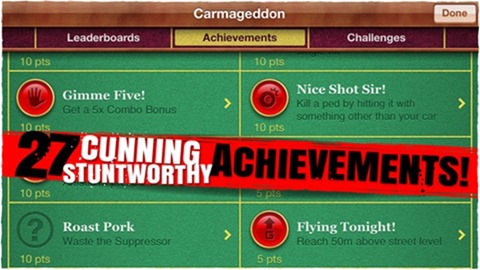 (Source: Carmageddon for iPhone and iPod touch on the App Store)