In the Dubai Open Chess Tournament 2015, Chess Grandmaster Gaioz Nigalidze has been caught cheating using an app on his iPod touch, and as an obvious consequence, has been banned from the tournament.

Gaioz Nigalidze, from Georgia, is the winner of the Georgian championship 2013 and 2014, though the 25-year-old’s rise through the ranks started in 2007, which also happens to be the year the first iPhone was released. Coincidence? 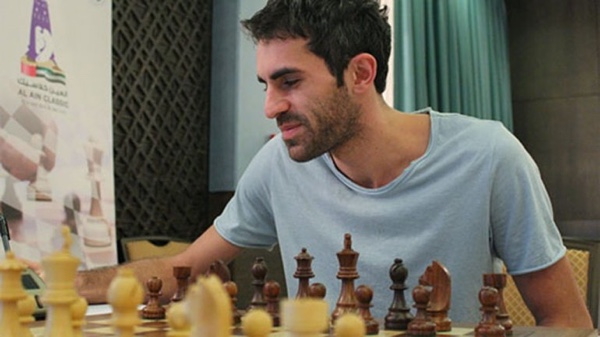 Competing in the 17th annual Dubai Open Chess Tournament this year, Nigalidze was caught after his opponent became suspicious of his strange behavior that had a pattern to it. According to the Georgian’s counterpart, “Nigalidze would promptly reply to my moves and then literally run to the toilet,” further adding that “I noticed that he would always visit the same toilet partition, which was strange, since two other partitions weren’t occupied.”

Naturally, the officials were notified, and upon investigation of the restroom cubicle, found an iPod touch tucked behind the toilet, wrapped in toilet paper. The iPod was running a chess app detailing the best moves that could be made, as it mirrored the game that was being played at that time. When confronted with this evidence Nigalidze completely denied any knowledge of the device by saying that he did not own it. Of course his claim was debunked once the authorities discovered that the iPod was also logged into a social media account under Nigalidze’s credentials, in addition to the chess app that was analyzing the game.

It’s still unclear which app the device was running, and in addition to that, some sources are suggesting that the gadget being used to cheat was an iPhone, but from the photo (below) you can clearly see that it’s an iPod touch.

As for Nigalidze, his career and past performances have just been thrown under the microscope, especially his 2013 and 2014 Georgian championships as well as the Al Ain Classic championship that was held last December. If proven guilty, Nigalidze is looking at a suspension “for three years from all sanctioned tournaments, and up to 15 years in case of a repeat offense.”