The App Store is crammed full of apps that do pretty much everything that you can think of. That’s why it’s always refreshing to welcome a new addition to the store that actually introduces a little bit of innovation for fresh thinking. Allow us to introduce you to Battery Share, a universal app for iPhone and iPad that provides you with notifications when your friend’s battery is about to die on his or her iPhone. We all have the ability to monitor our own battery life thanks to the built-in status bar indicators, but developer Terry Demco has taken that to the next level with this handy little utility.

The real power of Battery Share comes from the ability to be able to track the battery status of iOS devices belonging to friends and family. The interface shows a tabled list of those people you have connected with, along with an animated little battery icon that gives a real-time indication of their battery status. Tapping on one of those connections will then bring that individual front and center at the top of the interface. In addition to being able to get visual clarity on the battery status, the app also provides push notifications directly to the user’s device to provide a low battery warning for a specific person. 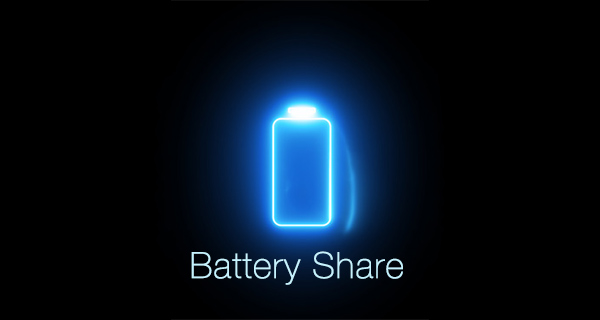 In all honesty, that level of functionality would actually be enough to warrant $0.99 price-tag. Parting with such a low monetary amount essentially removes the confusion as to whether someone simply isn’t replying to your messages through ignorance, or if their battery is actually dead on the device.

Demco has however taken things a little bit further with the ability to allow VoIP calls directly from within the app. When a specific connection is selected, the user has the ability to see a visual indication of the battery, as well as hitting the ‘Call’ button to initiate an Internet telephone call to that person via the Battery Share app. If Facebook Messenger and WhatsApp can do it, then so can Battery Share. 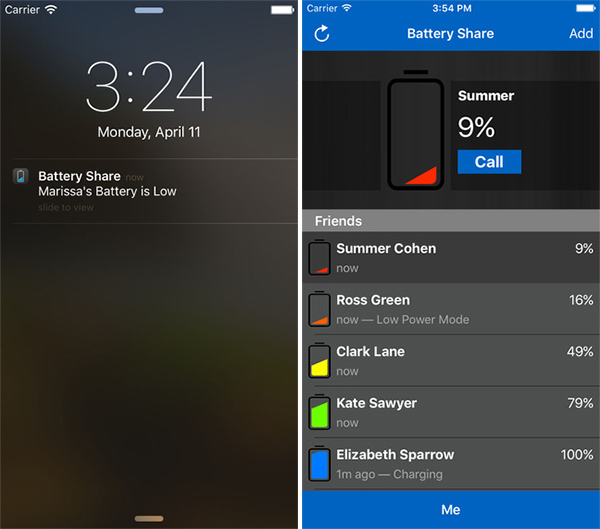 The user-interface is extremely simple, albeit feeling a little outdated, which is a slight let down considering it’s a modern app that requires at least iOS 9.1 to work. With that said, once you’re actually in the app there isn’t a great deal going on to require a cutting-edge interface. Grab it now and start inviting those friends to share their battery status with you.