Check Online/Offline Status Of PlayStation Network Right On Your iPhone

PlayStation Network users have been having a hard time lately, with successive hacks, followed by a long downtime which continues to this day. At least they will now be able to tell whether the service is down or not thanks to a simple iPhone App. 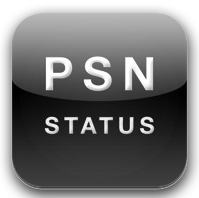 The new application, conveniently named PSN Status, which is available for free on the App Store, has a simple interface and will simply display whether the service is up or down. Tapping on the screen will refresh the status. 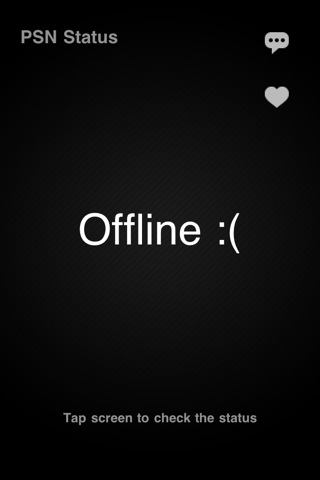 This application was developed by Logicswarm, a not-so-well-known developer on the App Store, author of the low-rated iPedometer Pro (and the respective Lite version). Hopefully this straight-forward app, which seems to simply attempt to ping the PlayStation servers and check if there’s a connection, will improve the developer’s reputation.

If you’re not aware, Sony, which runs the PlayStation Network service, is in the midst of a wave of attacks, which began last month, when addresses, names and credit card info belonging to customers was leaked. After the service was restored, successive hacks kept taking place, bringing the service to a halt, which remains unavailable as of today. Later on, more of Sony’s properties were also compromised, when last week Sony’s Thailand website was found to be running a live credit card phishing site; and earlier this week when both Sony Music in some countries and Sony Ericsson‘s Canadian eShop website were broken into, in two separate SQL attacks.

If you’re a PlayStation Network user in North America, you’ll be entitled to free games, such as Dead Nation, inFAMOUS and Little Big Planet if you have a PS3 and ModNation Racers, Killzone Liberation and Pursuit Force if you have a PSP. Aside from free games, users will also be offered a free one-month subscription for PlayStation Plus to unsubscribed users and a one-month extension to users who are already subscribed. Sony will also be offering a free weekend of streaming movies.

We also reported earlier today that Sony is offering professional-grade identity theft protection from Debix for a year. This service will assist customers with keeping the integrity of their bank accounts, since attacks have caused credit card data to be leaked.

Sony has stated it has spent $171.4 million repairing the the damage caused by the attacks, including  on the perks that were granted to affected customers.

If you’re interested in checking the status of the PSN Service from your iPhone, get the free App. Developers on other platforms could follow suit.