Not that long ago there was an app called BatteryLife that managed to sneak past Apple’s iTunes Review Team to find itself on the App Store offering some functionality that wouldn’t normally be allowed to exist on the App Store. That app was subsequently pulled for allowing users to see how many charge cycles a battery had been through, and now exists in a simpler, less feature-rich form to appease the Apple gods.

Similarly there was another app called Battery Percentage which did the same thing and was later caught and removed by Apple. 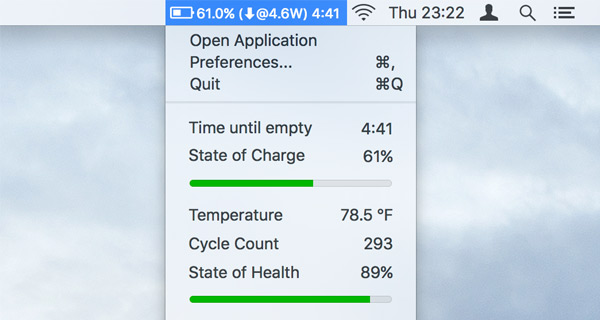 Non-jailbroken device owners still want to see and be armed with that information, and thankfully, it does actually exist outside of the App Store in the form of CoconutBattery.

CoconutBattery is an extremely lightweight, but extremely informative and useful app for macOS which, as the name suggests, focuses on the battery and providing intricate information about it.

The removal of the charge cycle feature from within BatteryLife or Battery Percentage apps may not have been a huge blow to a lot of users who loved the experience, but it definitely took away some much needed functionality from those who love to analyze the performance of their iOS device battery in order to ascertain its performance and levels of degradation over time, as well as how charge cycles affect battery capabilities.

Thankfully, this little app steps into the void left by the removal of this feature within those apps, albeit installed on Mac rather than directly on the iOS device itself. From an information and feature perspective, plugging in an iOS device and using CoconutBattery provides information such as the model and manufacture date of the device, as well as the current installed iOS version and internal space used. 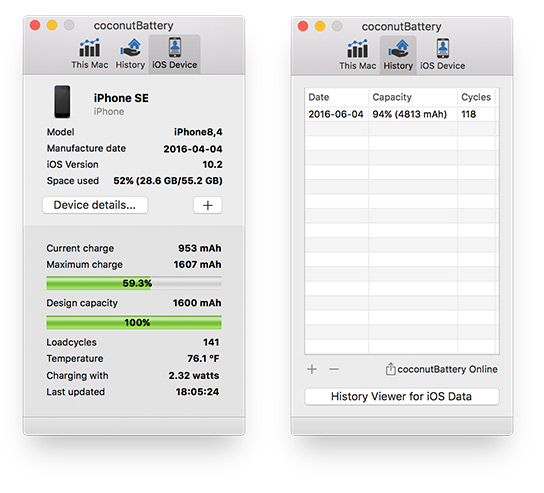 Additionally, information such as the current battery charge, the maximum available charge capacity, as well as the design capacity – which is the amount of charge a device could hold from birth – is also available.

More importantly, there’s also the availability of the “loadcycles” information, which instantly tells the user exactly how many cycles the battery has been put through since it was first purchased. And even more impressively, the experience also gives you access to the same level of information directly for the Mac’s battery the app is installed on.