Smartphone manufacturers like Apple consistently have ever increasing budgets assigned to research and development teams looking to find or develop the next great technology that will be integrated into their devices.

The smartphone landscape is so competitive that companies must consistently look for ways to make their own wares stand out above the competition, and more often than not, new and improved features or a slimmer device profile is how they look to do that. That’s all well and good, but for most device owners, how long the device remains powered up for is one of the most important aspects of a device, which is why the BatteryLife app for jailbroken devices has become so popular recently. 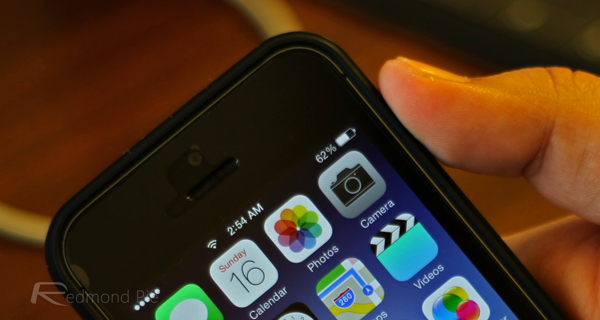 There are plenty of apps and Notification Center widgets on the iOS App Store that introduce users to additional information about their iPhone or iPad’s battery that iOS doesn’t offer natively. However, those apps are generally limited in functionality due to the restrictions imposed upon developers by Apple and the iOS SDK. There was one app that sneaked past Apple’s restrictions and added somewhat similar functionality to this jailbreak-only app, but it was quickly removed by Apple from the App Store.

That’s why jailbreaking is so popular, as Apple can’t have any say over the functionality within an app, which means that the fantastic BatteryLife package on Cydia can really go above and beyond when it comes to providing information pertaining to the device’s internal battery.

The information that BatteryLife provides is actually overwhelming in parts. Users are able to find out the exact charge status of the battery, as well as its current maximum charge capacity, meaning that we can instantly check just how badly the battery has depleted over time with its ability to take charge on board. Additional information includes the voltage, the number of cycles the battery has been subjected to over the course of its life, the current operating temperature, its charging state, and even the discharge current from the battery. 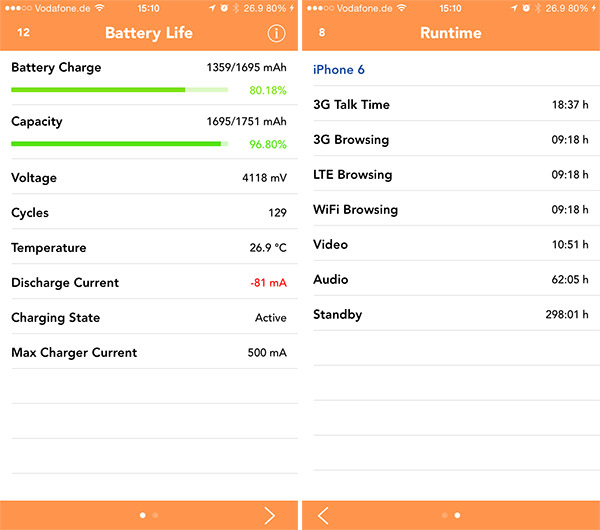 All of the above information would be enough to warrant using this app, but there’s actually more. The Runtime section of BatteryLife also gives accurate estimations of how much uptime the device has left on the current charge. As an example, it breaks it down into categories such as 3G Talk Time, LTE Browsing, WiFi Browsing and more, and then assigns a total time next to each category. There’s also the ability to directly change what battery information appears in the status bar of the device rather than just the standard battery percentage indicator.

A definite must-have installation for all jailbroken device owners who are extremely curious about the state of their device’s battery. BatteryLife can be grabbed for free from the ModMyi repository in Cydia and is compatible with iOS 6 through till iOS 9.