We’re now at the eve of what will more than likely be the second-biggest gaming release of this calendar year, and with Call of Duty: Ghosts almost at retail, Activision has released a live-action trailer featuring the lovely Megan Fox. The clip, which runs for almost two minutes, is entitled “Epic Night Out,” and you can check it out right after the break!

Almost every new installment of Call of Duty has, year on year, enjoyed the coveted position as the biggest-selling, most popular title. But this year, Rockstar’s Grand Theft Auto 5 has well and truly taken over, and with several Guinness World Records already broken in just six weeks, even the juggernaut of CoD will very much struggle to keep up. 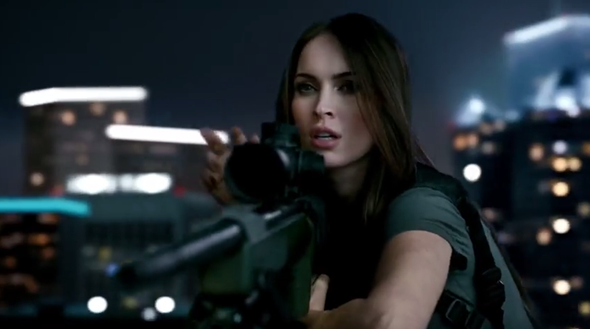 With that said, the timing of Call of Duty: Ghosts, which is to be released tomorrow, November 5th, couldn’t be much better. Many gamers have already completed GTA 5, and are looking title will surely be the biggest-selling of the launch titles.

The wait for the PlayStation 4 and Xbox One is something new to fill their time. The next-gen consoles are not yet here, and with the next-gen consoles arriving at the end of this month, the ne will almost certainly affect the early sales figures as gamers withhold their purchase until both machines hit the market, but ultimately, Activision will still be posting fairly impressive numbers.

The live-action trailer features a host of actors, and Megan Fox, star of The Transformers, is one of them. Those following Cult Call of Duty will surely be impressed, and with the usual spate of midnight launches occurring at various retail outlets, the wait is almost over.

If you’re really looking forward to Call of Duty: Ghosts, be sure to check out the live-action trailer below. We certainly cannot wait to play the title here at Redmond Pie, and we’d bet that you probably are too.

CoD: Ghosts will be released tomorrow for the Xbox 360 and PlayStation 3, with the versions for both the Xbox One and PlayStation 4 occurring later this month. We’ll be following all of the events surrounding the release, as well as any tidbits regarding the new consoles, so stay tuned to our coverage here at Redmond Pie!