Google Street View is an invaluable resource in certain situations. If you’re dashing out to meet a client, or visiting the new home of a friend or family member then Street View is fantastic for getting a real-world look of the address that you’re heading to before actually setting off. Even if you’re just the inquisitive type who is sitting in the comfort of your own home looking eagerly at streets in your local area then you can easily lose countless hours to the wonder that is Street View. If you’re bored of looking at terraced streets or local parks then maybe you should cast your eyes over the internals of the HMS Ocelot, which is now fully documented thanks to the power of Google Street View.

The HMS Ocelot is a retired British submarine that has become the first submersible which Google has fully documented using their Street View technology. Ocelot has a fantastic history dating back to November 1960 and is an Oberon-class submarine that signified the end of an era of submersibles being built for the British Royal Navy at Chatham Dockyard in Kent. After nearly thirty-years in service the HMS Ocelot was officially retired in 1991 and opened as a museum in 1992. If British naval history is your thing and you can’t make it to Chatham Dockyard then viewing the submarine on Street View could prove to be almost as good as the real thing. 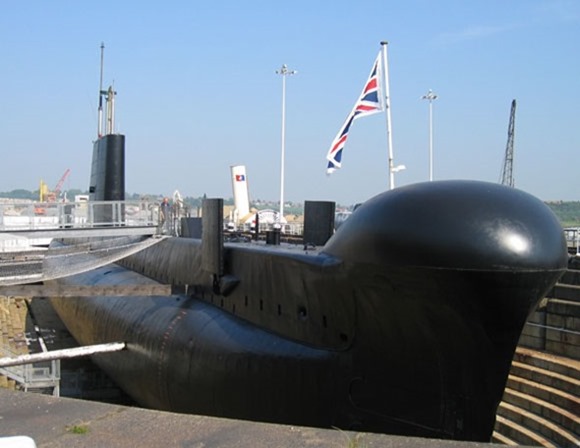 Submarines may actually be extremely large, vast machines but the Ocelot just wasn’t big enough to drive the Google Street View car into. Size and technology limitations meant that Google had to enlist the services of C Inside Media who have expertise when it comes to capturing the internals of buildings and making them available for all on Street View. It would be fantastic for C Inside Media to share the full submarine experience with the world, but unfortunately they find themselves bound by Google’s legally tight non-disclosure agreement.

Digitally walking through the HMS Ocelot tells its own story on how difficult it must have been to accurately capture and show the level of detail required. This difficulty level would have been compounded by actually having to adhere to all of Google’s very detailed regulations about Street View content. When you look at the sleeping quarters and the well crafted torpedo tubes it immediately becomes evident that this was a project definitely worth doing.