Flying on Emirates Airlines, compared with most other aviation companies, is a pretty expensive gig, to say the least. Indeed, if you fancy flying on an Emirates A380, you could be looking at a ticket price of for up to $20,000 for First Class, and naturally, not everybody has that kind of cash just to throw around. Still, if you’ve wondered what it’s like to mosey on through one of these monstrous planes, Google Street View has you covered, for now you can get up close and personal with the 610,000 lb beast and take a tour of the entire plane, including First, Business and Economy Class, as if it were a long luxurious road.

The A380 is 239 ft long with a height of 79 ft, which is real estate enough to justify Street View intervention. Few will ever have the opportunity to step inside what can only be described as a seven-star hotel on wings, but thanks to Street View, those of us with less than extravagant budgets can take a look inside the cabin. 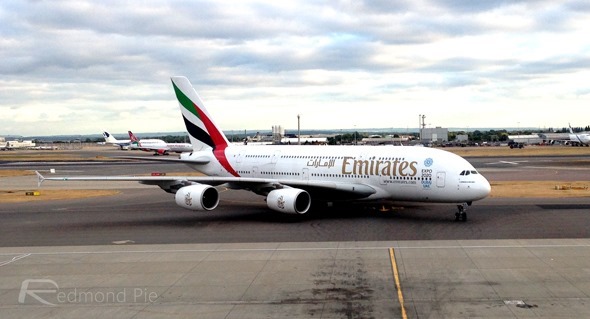 First class only offers a total of 14 seats to the very well-off, with perks including a 23-inch TV with no fewer than one thousand channels, massage seats, hot showers for those sweaty long-haul flights, and a seven course meal, which is served in some of the finest crockery you’re likely to see anywhere, let alone on a plane. There’s also, of course, a bar, featuring just about every drink one could desire, along with a waterfall for that added touch of class. And yes, the whole plane is covered by Wi-Fi for in-flight Internet connectivity. 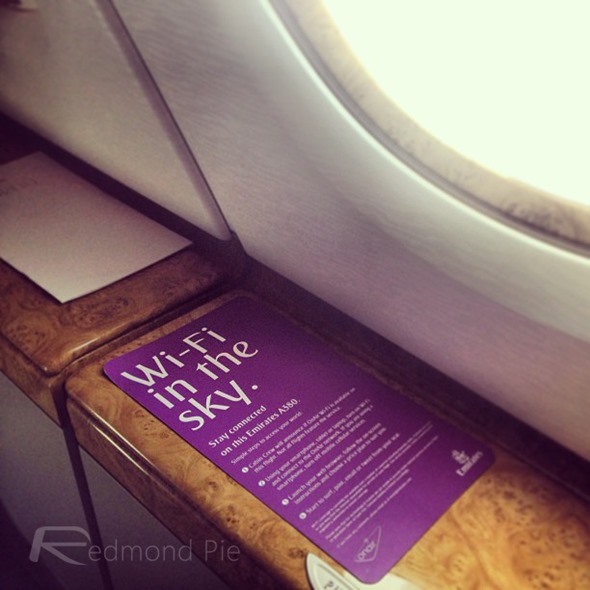 Emirates’ A380 also offers Economy Class which, for $1500, is actually quite a bit better than you’d get with most other economy airline seats. There are still 500 channels showing on the decidedly smaller 9-inch TV, and a cup holder of the gyroscopic variety, making things just a little more comfortable. Of course, it’s not the same as a shower, followed by a massage and then all the food and drink you can consume, but for economy, it’s definitely not bad. 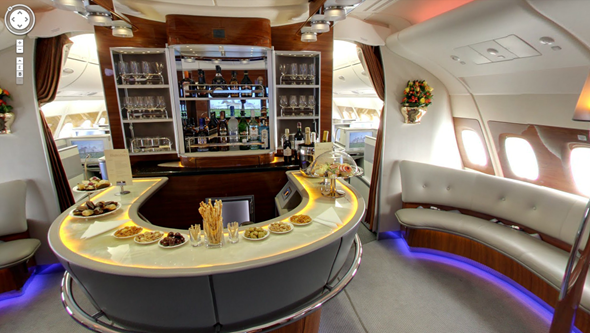 If you ever have the chance to hop into an A380, it would seem fairly difficult to have anything other than a relaxed and fulfilling journey. Still, if you can’t or simply won’t pony up a few thousand bucks for 12 hours of pampering, check out the special Street View offering from Google right now and get a virtual tour of the entire plane: