Call Of Duty, although the world’s most popular game on both PlayStation 3 and Xbox 360, hasn’t made the same amount of noise on mobile devices. Well, at least not yet. 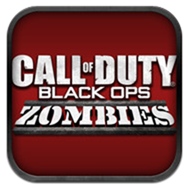 Those loading up the original COD Zombies on an iPhone, iPad or iPod touch expecting some form of replication of the real deal may have been disappointed hitherto. Although graphically it’s nice to look at, it doesn’t handle too well, sapping a lot of the fun from extinguishing those zombies.

Activision seems to have gone back to the drawing board, though, and has now released a new iteration based on the very popular Call Of Duty: Black Ops, which released late last year, and was the fastest selling game of all time until the release of Modern Warfare 3 just last month. 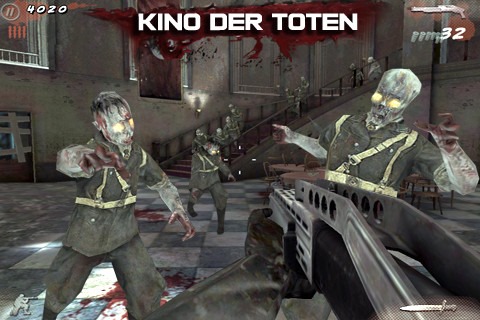 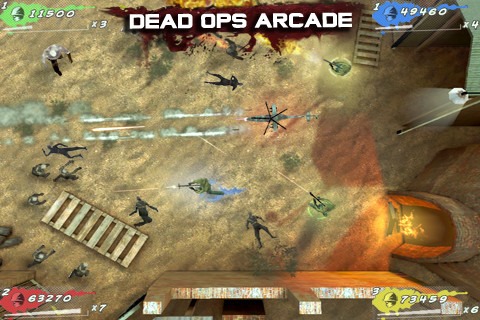 Rather than merely using the name to create a rather mediocre title, Black Ops Zombies has been re-thought and adapted to suit the tablet and smartphone market. The familiarity of achievements and point multipliers will certainly help the many millions of avid COD fanatics settle in to the touch screen version.

Much of the success of the Call Of Duty series is undoubtedly attributable to the multiplayer facilities, allowing friends to do battle in what can often descend into life and death-like competition. Up to four players can join forces in order to keep those zombies at bay whilst utilizing the brand-new Voice Chat feature, which enables real-time communication as with the console versions. 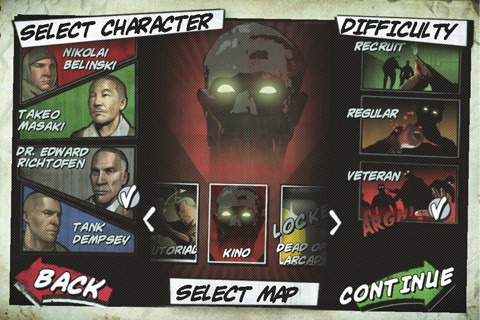 In addition, there’s also a Dead-Ops Arcade mode to enjoy, which can be unlocked by sourcing four hidden coins at the menu which in turn unlocks 50 levels for zombie hunters to enjoy. Such features make the game just that little more exciting, and is one of the primary reasons why Angry Birds – with all its hidden golden eggs, continues to be the most popular game on iOS.

Activision is used to holding such titles, and with the array of new goodies in this version of Zombies, who’s to say they cannot dominate once again?

We certainly recommend Call of Duty: Black Ops Zombies to any Call Of Duty loyalist, and for 7 bucks over at the App Store, it would be silly not to!