Britney Spears is the latest musical superstar to be flying the flag for Apple’s subscription-based music streaming service. The singer, dancer and actress, who was catapulted to worldwide fame with her debut album ‘…Baby One More Time’ back in 1999, announced earlier this morning that her ninth studio album, and the first to be released in three years, will be offered exclusively via the Apple Music platform.

Spears’ “Glory” album will begin streaming via Apple Music this coming August 26th, and comes only days after it was also revealed that Frank Ocean’s new album “Boys Don’t Cry” would also be an Apple Music exclusive. 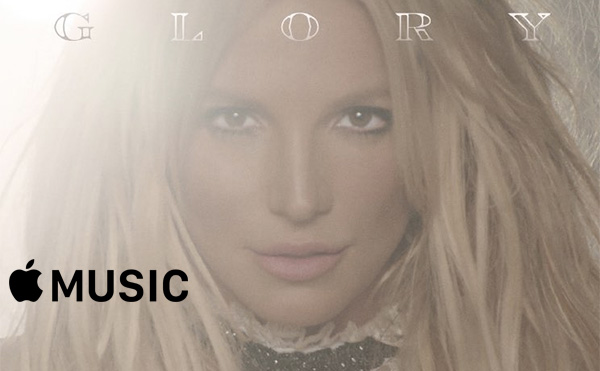 This latest exclusive for Apple Music is yet another example of not only the streaming service’s pulling power and appeal, but also the bargaining might of Apple as a company when it comes to negotiating exclusivity deals that prevent the content from being offered on other platforms. To be able to negotiate deals with Britney Spears, Frank Ocean and their representatives, and convince the artists to exclusively offer their new creations via a single service, is testament to Apple’s ability to strike deals, and also the company’s desire to grow the Apple Music platform by offering content not available on other services.

Britney’s new “Glory” album has been in the works for quite some time, with the artists and her representatives only now choosing to announce a release date for the album that is said to represent the “beginning of a new era” in her musical career. The album itself is now available for pre-order via iTunes, with an incentive of an instant download of “Private Show”, one of the focal tracks of “Glory”.

With the release of “Glory” and “Boys Don’t Cry”, Britney Spears and Frank Ocean will be joining high profile artists like Drake, Taylor Swift and Katy Perry who have all penned exclusivity deals with Apple. 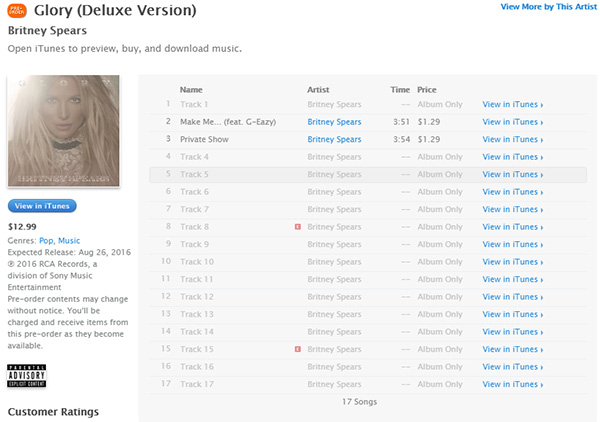 “Glory” will go live on Apple Music on August 26th, with iTunes pre-orders available right now for $12.99. This is undeniably a great announcement for Britney fans who subscribe to the Apple Music service. The terms of this particular exclusivity deal are currently unknown, meaning we don’t know how long Apple will retain the rights to offer “Glory” via Apple Music before it makes its way to the likes of Spotify and Tidal.