Taylor Swift, apart from sharing a name with Apple’s new programming language, is becoming one of the firm’s biggest partners in the music world after initially getting off to a rocky start when the artist penned an open letter to Apple asking it to pay musicians for their work during Apple Music’s 90-day free trial. Ever since Apple reversed its stance and did exactly that, the pair have been best buds.

That has now culminated in the arrival, as promised, of Swift’s 1989 World Tour film on Apple Music. The documentary, primarily filmed at the ANZ Stadium in Sydney on Nov. 28, follows Swift and her team throughout rehearsals as well as other backstage moments as well as including the entire performance of November 28th. The 1989 World Tour Live film is exclusive to Apple Music, and boy is Apple making a fuss. 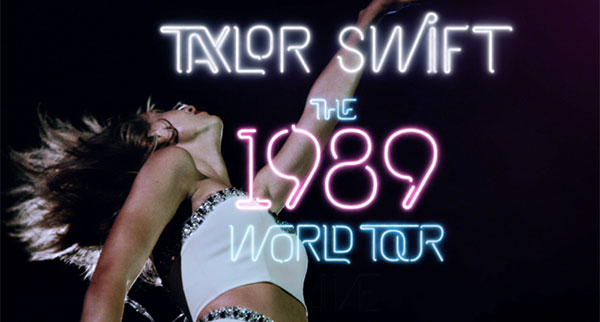 Opening the Music app or iTunes and hitting the New tab will immediately present you with Taylor Swift, and nothing else. Quite for how long this will be the case, nobody knows, but for now the New tab is entirely dedicated to Taylor Swift and her content. If there was money that changed hands for that alone, we’d love to know how much was involved. Apple has done similar things in the past, recently with Coldplay, but never quite to this extent. 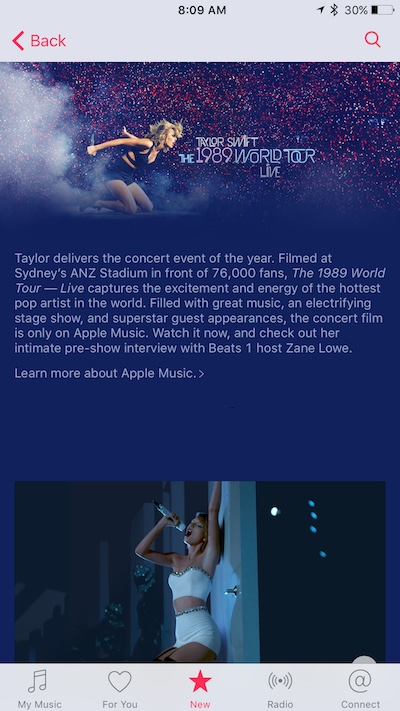 All Apple Music subscribers have access to the 1989 World Tour video, and if you’re a fan of hers and have some time to sit and experience it, we’re sure that this film will be worth the price of a month’s Apple Music subscription alone, even before you throw in all the other music and video that you’ll be able to listen to or watch.

That’s right. There’s a lot more content on it than Taylor Swift. We know that may be hard to believe.