How To Get Retina Flash On iPhone 6, 6 Plus, 5s And Other Unsupported Models

When Apple announced the iPhone 6s and iPhone 6s Plus, one of the new phone’s additional features that understandably didn’t get a lot of headlines was its front-facing flash or to be more accurate, its ability to replicate one. As anyone with an iPhone 6s or 6s Plus can test for themselves, turning on the flash and then taking a photo with the front-facing FaceTime camera will see the iPhone’s screen flash in lieu of a proper hardware flash and, as it turns out, it works surprisingly very well.

That is of course all well and good if you’re using an iPhone 6s or 6s Plus, but if you carry one of Apple’s older devices then you’re out of luck. Or you are unless you either want to jailbreak your iPhone or use a third-party app that does its best to replicate what the iPhone 6s does in order to brighten the scene for shots taken with that FaceTime camera. 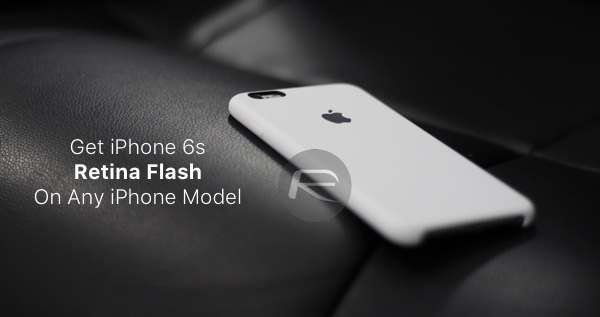 Here’s how the two options work.

The idea of having an iPhone’s screen flash brightly in order to replicate a hardware flash isn’t anything new, and FrontFlash has been doing it for years. A jailbreak tweak available from Cydia, the tweak will turn the iPhone’s screen to maximum brightness and display a white screen in order to replicate what a flash is capable of. It doesn’t have the fancy technology of the iPhone 6s, so the color of the flash won’t be as suited to the individual situation, but it’s better than nothing. FrontFlash has been around a long time now, but has only now been updated to support iOS 9.

FrontFlash adds the front-facing flash feature to the stock Camera app in iOS and is the closest thing available to Apple’s iPhone 6s Retina Flash on unsupported models. 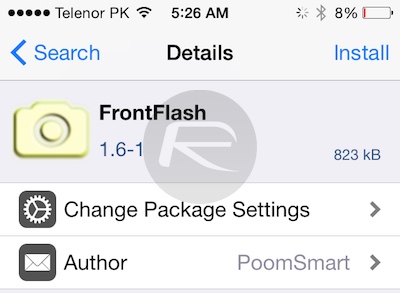 FrontFlash is available for free and can be downloaded from the BigBoss repository in Cydia.

If jailbreaking isn’t your thing, then the horrendously named third-party app called Take Selfies FREE is an app that allows users to take photos using the FaceTime camera, but with that camera set up to let in as much light as possible when taking the photo. The end results can be a little hit and miss, but if you need a solution for taking self portraits in low light conditions, this might just do a job for you. 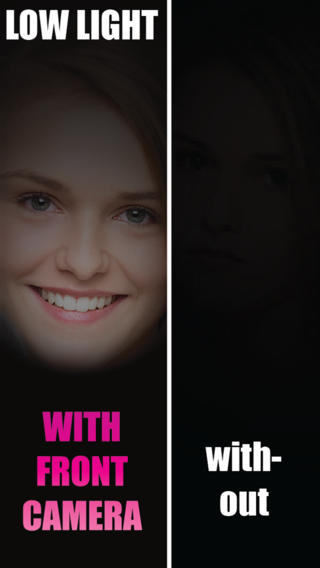 Of course the only real solution here is to either upgrade to an iPhone 6s or 6s Plus or to find somewhere with more light in which to take your photos. Unfortunately, neither of those options are always possible.