Although the recent introduction of the iPhone Upgrade Program has made it extremely lucrative for Apple customers to get a new iPhone every year, those who weren’t already on an annual or on one of the two biennial upgrade cycles might still opt to stick with their old iPhones until they truly find it essential to make the switch. It is completely understandable why a user wouldn’t consider it completely essential to shell out large amounts of cash for what most would perceive as a collection of new gimmicks.

If those same features were available for free, though, it’d be hard to say no. Thankfully, for those with older iPhones running iOS 9, getting a taste of the features exclusive to the latest from Apple just became a whole lot easier. With jailbreak now possible for iOS 9, a few simple tweak installations from the Cydia store can clone iPhone 6s features like 3D Touch, Live Photos and even an untethered variant of the Hey Siri functionality on your older device. Best of all, they are all free! 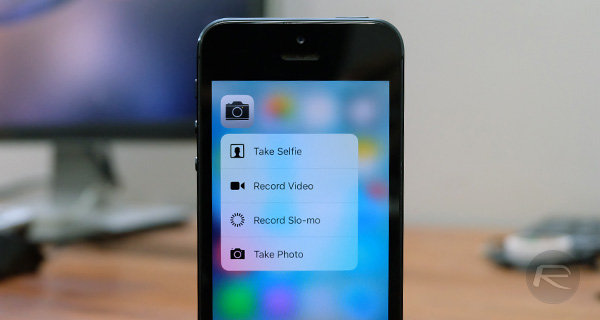 If you’d rather not empty your wallet for the latest ‘S’ upgrade, you can install the following Cydia tweaks on your older iPhone to get your hands on its features. Naturally, owing to the absence of a pressure sensitive panel and the Taptic Engine, the experience won’t be as good as the real thing when it comes to the 3D Touch and haptic feedback clones, but you won’t be spending a dime either, so you can’t really complain.

Both Forcy and revealMenu tweaks will add iPhone 6s 3D Touch Quick Actions to the app icons on your Home screen on any device, with the difference being that revealMenu allows you to quickly select an option from the Quick Actions menu without lifting your finger while Forcy offers an additional action to invoke said menu.

Both tweaks are free, with Forcy available on the BigBoss repo and revealMenu, on the developer’s repo, at apt.imokhles.com. 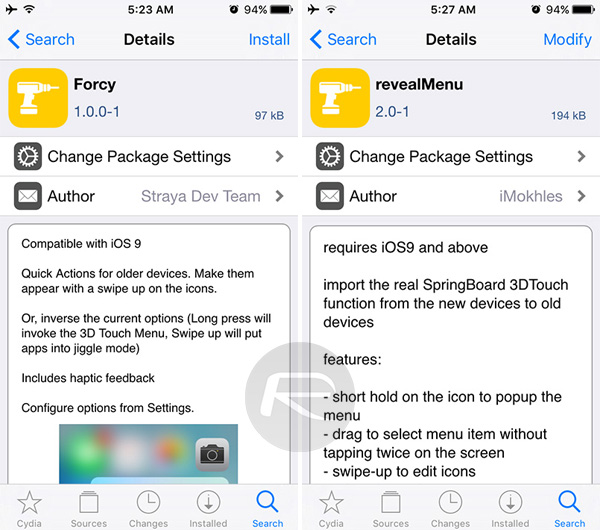 For more information on Forcy, check out our coverage of the tweak here: Forcy Brings 3D Touch Quick Actions To Older iPhones.

Hapticle offers a platform for 3D Touch tweaks like Forcy and revealMenu to invoke haptic feedback. It kind of mimics the physical effect created by Taptic Engine in iPhone 6s.

Hapticle will be automatically downloaded with supported tweaks. It is available for free via the developer’s repo, at repo.fortysixandtwo.com. 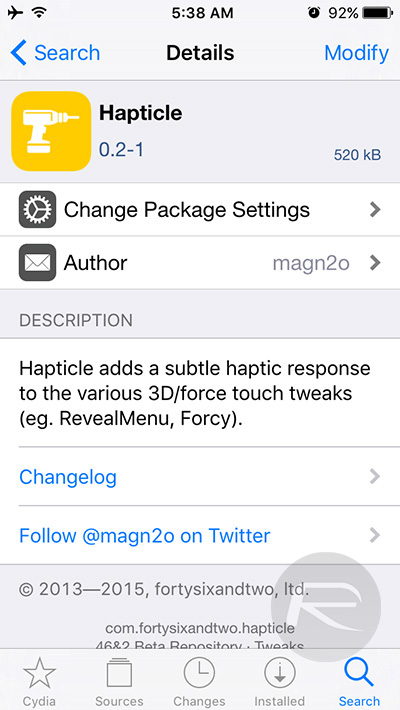 For more information on the tweak, check out our coverage here: Hapticle Adds iPhone 6s Taptic Engine-Like Haptic Response To All iOS 9 Devices.

Called UniversalForce, this tweak aims to be an all-in-one package of 3D Touch features for all unsupported iOS 9 devices, including iPads. The edge it has over the aforementioned tweaks is Peek and Pop functionality for Photos.

The tweak is a free download on the developer’s repo, at repo.ioscreatix.com. 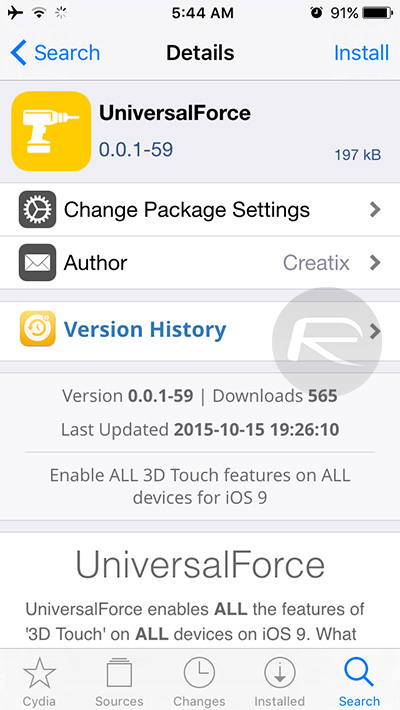 UntetheredHeySiri, as the name implies, allows your iPhone to use the always-on Hey Siri feature of iPhone 6s at all times on any device, even when it isn’t plugged in.

UntetheredHeySiri is available for free on Cydia’s BigBoss repo. 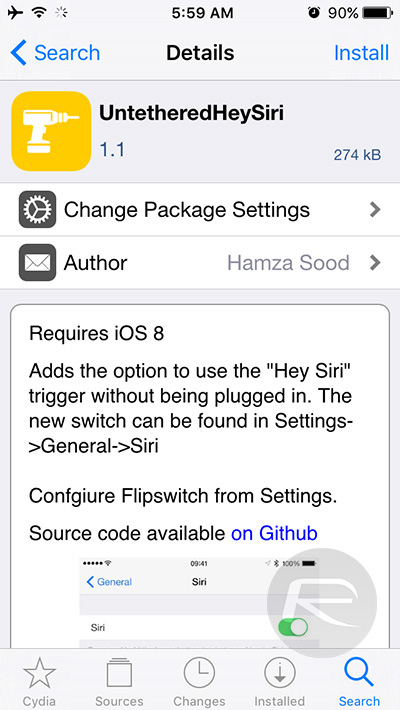 SwipeSelection mimics the 3D Touch-invoked trackpad feature of the iPhone 6s keyboard and the iOS 9 trackpad keyboard for iPads. It lets you swipe anywhere on the keyboard to move the cursor and swipe in from the Shift or Delete keys to select text.

You can download this tweak for free from the BigBoss repository. 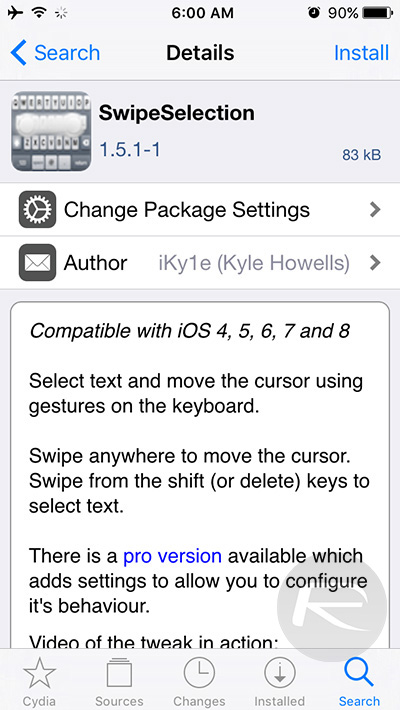 For more details regarding the tweak, read our post on it here.

This one brings the new Live Photos feature of iPhone 6s to older devices, allowing you to capture a few moments before and after each photo, which you can then view by holding down on a photo.

Live Photos Enabler is available for free on the developer’s repository, at evilgoldfish.github.io/repo. 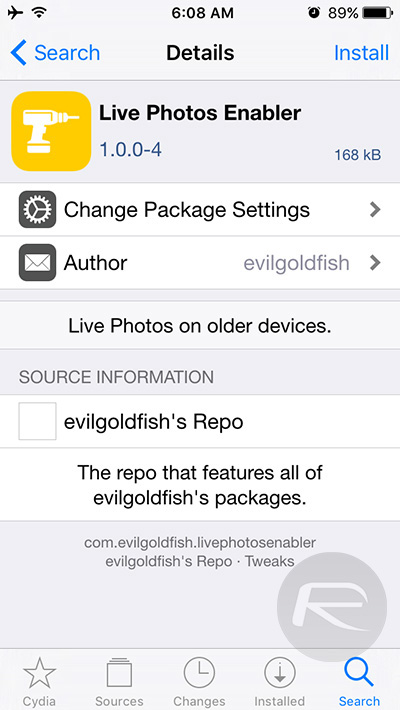