Cupertino-based Apple isn’t necessarily a company that you would immediately expect to be part of discussions at the Portable Audio Festival in Tokyo, Japan, but that appears to be the case. A number of industry sources apparently revealed information which has reignited historical rumors around the potential for Apple to launch new higher-quality audio streaming that would directly benefit subscribers to its Apple Music service as well as those purchasing content through iTunes.

The current speculation surrounding the possibilities of Apple creating its own higher-quality streaming specification has emerged thanks to a number of industry insiders taking part in discussions during the Portable Audio Festival. The source making the claims states that a number of those companies exhibiting at the annual audio festival in Tokyo have knowledge of Apple’s plans to develop and release a Hi-Res audio streaming protocol that supports up to 96kHz/24bit. Additionally, it’s claimed that Apple has plans to kick it into gear by as early as 2016. 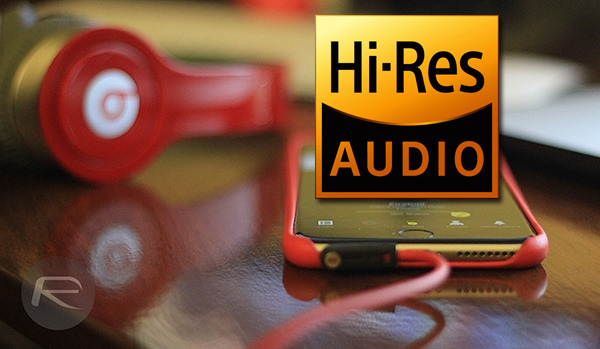 The source also claims that third-party manufacturers of cabling already have plans to release Lightning compatible accessories that support the new rate:

The Lightning terminal with iOS 9 is compatible up to 192kHz/24Bit, but we do not have information on the sampling frequency of Apple Music download music.

Also, many high-end audio manufacturers plan to add audio cables for Lightning to their lineups in 2016, and they apparently are preparing themselves for Apple Music’s Hi-Res Audio.

Given Apple’s commitment to selling music through its iTunes Store, and offering streaming services through the growing Apple Music platform, it makes perfect sense that the Cupertino-based company would want to provide the best possible experience with a higher-quality audio format. These particularly rumors have been circulating for the last eighteen months after music blogger Robert Hutton initially made the case for an Apple-defined higher-quality audio format. Speculation over the last eighteen months has been sparse at best, but it’s clear that it hasn’t been entirely put to bed just yet.

As a company, Apple has consistently been credited with spearheading the digital music revolution with the invention of the iPod and the iTunes Store that offers a huge library of content. Add to that Apple Music, which allows shared and exclusive content to be streamed across multiple devices for a monthly subscription, and you have a ready-made reason for Apple to produce its own high-quality audio format.