It’s been another big day of beta releases for Apple, and after having already released iOS 9.3 beta 2 to developers and tvOS 9.1.1 to public, the Cupertino firm has now also pushed new beta 2 versions of OS X 10.11.4, watchOS 2.2 and tvOS 9.2 out for testing.

All versions represent the second beta for their respective operating systems, and all can be downloaded from the Apple Developer website or in certain cases, via OTA (Over-The-Air) update. It’s worth pointing out at this juncture that anyone wanting to install watchOS 2.2 beta 2 will need to have iOS 9.3 beta 2 installed on their iPhone before updating their Apple Watch. 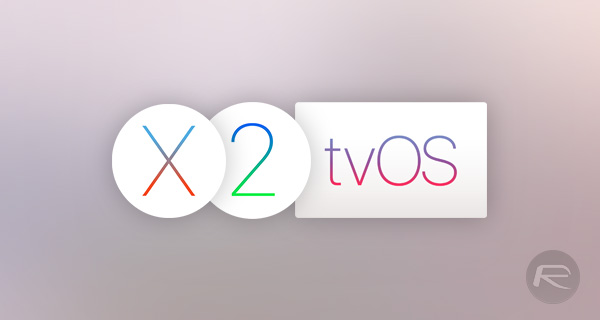 Once developers have updated all their devices, though, much testing can commence. With new beta releases of the operating systems for everything that Apple makes having now arrived within a couple of hours of each other, there is indeed much to get your teeth into. We already know that iOS 9.3 beta 2 features some new options here and there, but details are still rather sketchy as to what the other updates bring to the table. We expect to find that out in due course, but with so much updating happening right now, it’s still early days in the quest for new hotness.

When all of the betas are done and dusted, iOS 9.3 promises to be one of the more interesting of the new updates, with Night Shift, new and improved 3D Touch menus and support for password protected notes in Apple’s own Notes app being amongst the top of the pile. tvOS 9.2 isn’t far behind when it comes to offering new features, with support for Bluetooth keyboards, channel folders and a revamped app switcher in its repertoire.

The next version of watchOS will likely bring with it more bug and performance fixes than new features, though users will be able to pair more than one Apple Watch with an iPhone following watchOS 2.2’s release. It also features some enhancements for Apple Maps app on the Watch.

As for OS X 10.11.4, again, we expect fixes to be the order of the day, and that’s no bad thing. Apart from that, it also features Live Photos support in Messages app, a more secure Notes app like in iOS 9.3, among other minor changes here and there.