Newly leaked technical drawings appear to show the as yet unannounced iPad Air 3, complete with a new four-speaker audio setup as well as an LED rear-facing flash to accompany the device’s camera.

The drawings, which have popped up on French website Nowhereelse.fr, show what is claimed to be an iPar Air 3 viewed from the rear, with the Apple logo and what looks to be an iPad Pro-like four-speaker audio system that would allow sound to be presented in full stereo no matter the orientation in which the device is placed. While iPads have historically been relatively good at the external speaker stakes, anyone who has witnessed an iPad Pro in action will readily admit that the four-speaker alternative is superior.

The fact that the iPad Pro’s new speakers are potentially making their way to the iPad Air lineup is no big surprise, but what really makes us raise an eyebrow is the apparent inclusion of an LED flash. Sitting beside or above the rear camera depending on orientation, the LED flash will allow for night-time photography, but its inclusion is an interesting one. While some users do insist on using their tablets to take photos, few would argue that the iPad makes for a good camera, and the inclusion of an LED flash is unlikely to change that. Still, for what these things cost to include in a device, it probably makes more sense for it to be there than not. 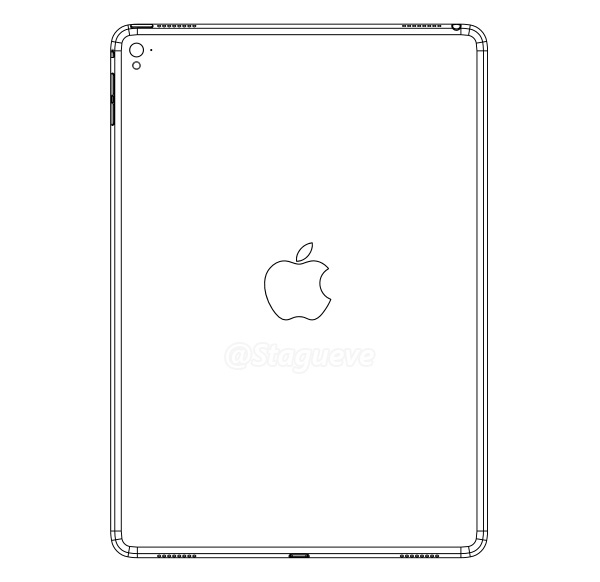 While Nowhereelse.fr can’t guarantee that this new leak is genuine, the site does point out that this leaker does have form for being accurate in such matters. With that in mind, and the fact that Apple is apparently set to announce a new iPad Air at an upcoming March media event, we’re going to go ahead and assume that this leak is right on the money – at least we hope so, but more for those speakers than the flash!